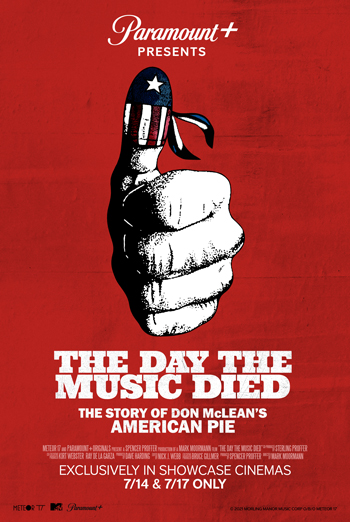 Day the Music Died, The

With a narrative running deeper than a catchy tune and cryptic verses, “American Pie” is a musical phenomenon woven deep into the history of American culture, entertaining audiences around the world for over 50 years.

In The Day the Music Died: The Story of Don Mclean’s American Pie, McLean will reveal the secrets behind his iconic song with interviews from big names in the music and entertainment business including Garth Brooks and Peter Gallagher. In addition, the documentary highlights cultural moments that are as relevant now as they were in 1971, when the song was released.  The film tells stories of the people who were a part of this moment from the beginning, and shows the point of view of a new generation of artists who are motivated by the same values and ideas that inspired the song’s creation.