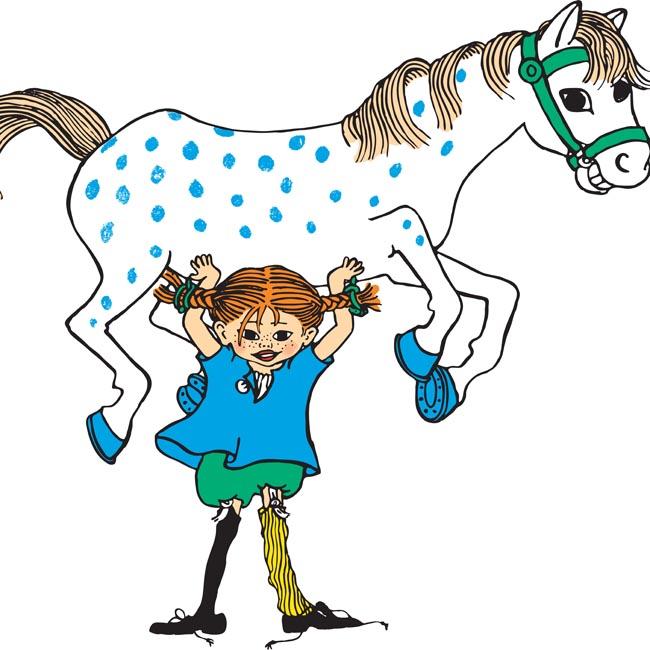 A Pippi Longstocking movie is in the works

A 'Pippi Longstocking' movie is in the works.

The much-loved character from the children's books by late Swedish author Astrid Lindgren is heading for the big screen as STUDIOCANAL, Heyday Films and the Astrid Lindgren Company are in the "early development" of an adaptation, following the success of the two 'Paddington' movies.

The 'Pippi Longstocking' books are based on the stories Astrid would tell her own daughter Karin about the fictional redheaded girl.

She began penning the tales after Karin asked for a get-well story when she was off school one day.

The first three tomes were published between 1945 and 1948, followed by three short stories and a number of picture books about Pippi.

The 58-year-old filmmaker - who setup Heyday in 1996 - says he and his team are "determined to honour" Astrid's "vision" for Pippi.

He commented: "I am thrilled to collaborate with Thomas Gustafsson, Olle Nyman and their team at the Astrid Lindgren Company and our partners at STUDIOCANAL on this film adaptation of the brilliant and timeless Pippi Longstocking.

"Pippi has endured and inspired families everywhere through her life force, strength of character and her irrepressible joie de vivre. Astrid Lindgren's books have been translated around the globe for many years - a testament to her vision which we are determined to honour with a new film."

Astrid's grandchild, Nils Nyman, is "confident" that Heyman and his colleagues will "capture both the playfulness and the gravity" of his grandparent's works.

The CEO of Astrid Lindgren Film added: "In David Heyman, with his impressive track-record of bringing great literary works to the screen, together with STUDIOCANAL we are confident that we have found a team that can understand and appreciate the full value of Pippi Longstocking and develop films that capture both the playfulness and the gravity in my grandmother's works.

"We are therefore very excited and pleased to announce this collaboration.

"I'm especially thrilled to announce this now, when we're in the midst of planning Pippi Longstocking's upcoming 75th Anniversary in 2020 together with a global campaign in support of Save the Children's important work for Children on the Move."