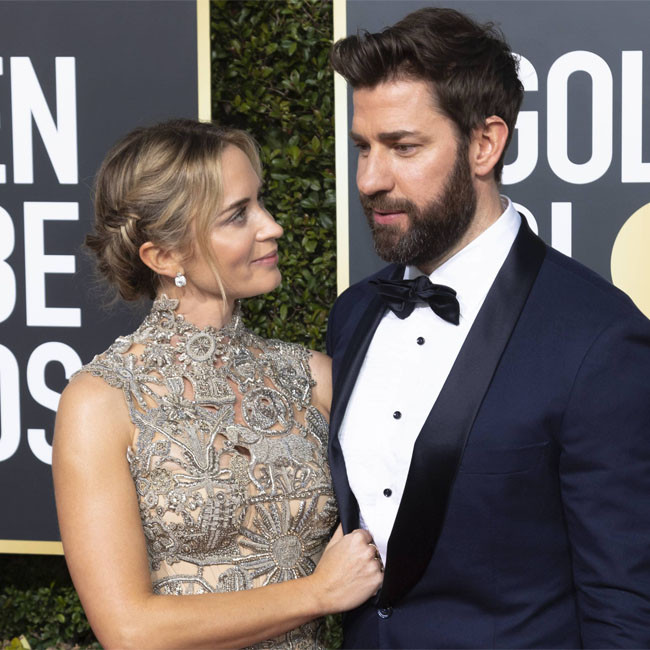 'A Quiet Place Part II' has broken the pandemic-era box-office record in the US.

The John Krasinski-directed movie - which also stars his wife, Emily Blunt - was originally slated for release in 2020, but its release date was pushed back due to the global health crisis and it's now broken a box-office record in America, becoming the most popular cinema release since the start of the pandemic.

The horror film - which is a sequel to 2018's 'A Quiet Place' - has already earned more than $48 million at the US box office and is ultimately expected to finish Memorial Day weekend with around $58.5 million.

Despite the ongoing health crisis, these figures are similar to what the studio was originally predicting before the film's planned release last year, before the pandemic hit.

Meanwhile, John recently joked that he put his marriage "on the line" while shooting 'A Quiet Place Part II'.

The Hollywood star admitted his wife could barely believe what he was asking her to do on the set of their movie.

Speaking about one particular driving stunt, he explained: "Emily's [stunt] is so real. I think I put my marriage on the line when I put her in the car. That's true.

"Like when I was explaining to her on set all the things that were going to happen and I said, ‘You're going to hit this stunt man, that car is going to come three feet from you and then this bus is actually going to clock at 40 miles an hour,' her face fell and she went, ‘But not really.’ And I went, ‘No, no, the bus is coming at you at 40 miles.’ That's a real bus, and that bus hits that car and all that is totally real."