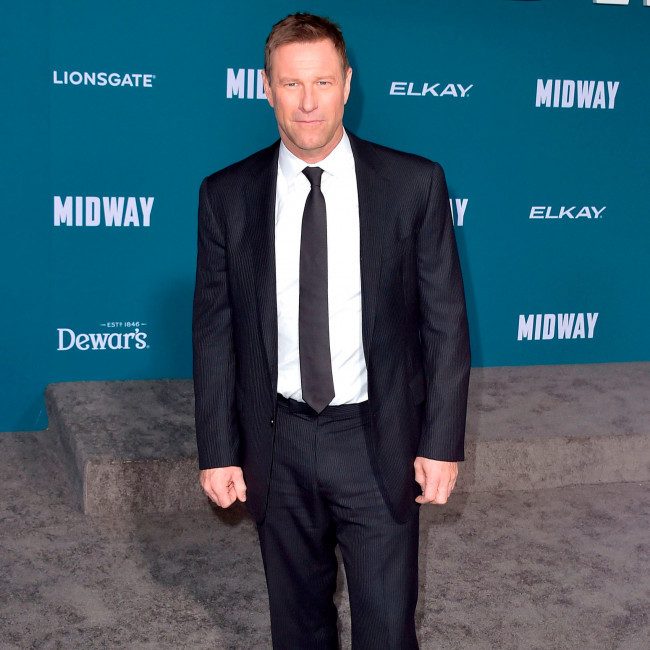 Aaron Eckhart: The Dark Knight is a 'reflection of our times'

Aaron Eckhart feels 'The Dark Knight' is a "reflection of our times".

The 52-year-old actor played District Attorney Harvey Dent who becomes the villain Two-Face in Christopher Nolan's 2008 Batman movie and he has compared the script to "reading literature" and insists that despite it being a superhero story in many ways it holds a mirror to modern American society.

Aaron said: "Some scripts are whatever; you get through them and hey, fine. But 'The Dark Knight' was a novel and it was thick. It was like reading literature.

"And there's something about Gotham City too. You have a city that's oppressed and being run by a criminal gang. People can't go out during the day, everybody's scared for their safety, and the people that are paid to protect them are corrupted. They're part of a gang and nobody can trust anybody. Sound like anything that's familiar?"

The 'Midway' star also lauded the efforts of Nolan to bring the DC Comics characters to life on the big screen and the late Heath Ledger's Oscar-winning performance as the Joker for helping to contribute to the action movie's success.

Aaron - who starred opposite Christian Bale as Batman - said: "Not only is it a great story and a great movie, but this is what cinema and art are all about. It's a reflection of our times. Chris knocked it out of the park and that's why that movie is so important. And then, obviously, the performance of Heath. What a special, special movie. I was happy to be a part of it."

Aaron is currently starring in indie thriller 'Wander' and revealed that enjoys working on independent films as the cast and crew are "on the edge all the time".

"I can't even think about all the times in ('Wander') where we didn't have what we needed – or it didn't seem like it – and we had to improvise. But it's exciting to me because I can change the words if I want. I can improvise. I can make stuff up. When I'm on a big-budget movie, I'm not doing that. It's more corporate."