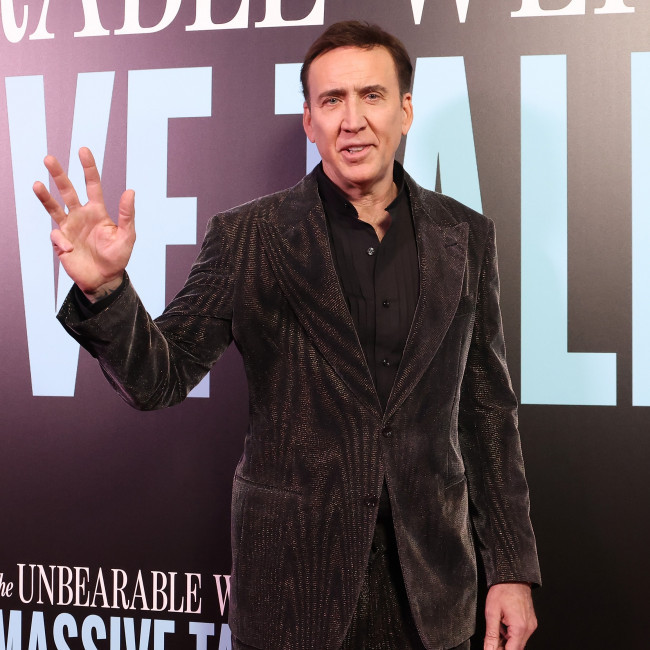 Nicolas Cage reacted with "absolute horror" to the first pitch for 'The Unbearable Weight of Massive Talent'.

The 58-year-old actor plays a fictionalised version of himself in the new meta-action comedy blockbuster which sees big screen star Nick Cage close to retirement when he accepts a birthday party invitation from a billionaire fan (Pedro Pascal), who is actually a crime boss.

Cage told Variety: "There was no muscle in my body that told me I should play a character named Nick Cage, it was absolute horror.

“However, the director wrote me a very intelligent, sensitive letter, and in that letter I knew he was a true film enthusiast that likes some of the earlier work.

"He wanted to make a movie that was about people, not about caricatures or cartoons.”

The actor was won over by filmmaker Tom Gormican, who was keen to show Cage how "seriously" he and co-writer Kevin Etten were taking the project.

Gormican added: "[Cage] just wanted to make sure we weren’t out to make fun of him or make fun of the things he’s done.

"We took it seriously, and once he understood that, he became more and more comfortable with [co-writer Kevin Etten] and I as filmmakers. I think he was a little put off until he understood.

"We said to him, ‘There are ideas people have of who you are and there’s actually who you are, and somewhere in the middle we’re gonna find the movie.’ "

The director noted how he painted the movie as an opportunity for the actor to take control of his own "narrative".

He said: "We said this entire thing is the chance to take the reins of that narrative and become a big piece of performance art. Once he looked at it that way, he started to come around.”