The highly anticipated sci-fi blockbuster - which stars Brad Pitt as astronaut Roy McBride investigating deadly electrical storms which could be connected to his absent father (Tommy Lee Jones) - was initially set to launch at the start of the year, but the huge deal between Disney and Fox meant plans changed twice as the studio eventually settled on September 20.

Gray told Digital Spy: "[There] wasn't concern that the film wouldn't get released".

"There are forces at play in the market that are so huge that really the only thing you can do is sit back and hope for the best in your own specific case, and not take it personally. My movie is this tiny thing [and] the deal was $71 billion."

The filmmaker explained how the Disney and Fox deal impacted on the schedule, but Gray - who also co-wrote the script with Ethan Gross - was actually delighted with the final arrangement, even if he thinks the public have misunderstood what actually went on behind the scenes.

He added: "Fox was going to release it on Memorial Day weekend and when Disney bought Fox, they had 'Aladdin' coming out that weekend and they didn't want to have two movies coming out against each other that they owned.

"That's why thankfully it got pushed to the fall which I thought was perfect. The only problem with it was people saying, 'Wait, what happened with it? What's wrong with the movie?' 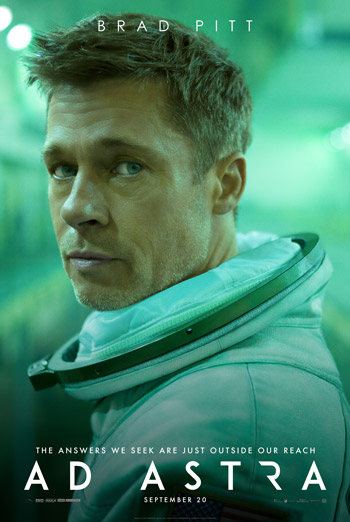 Astronaut Roy McBride (Brad Pitt) travels to the outer edges of the solar system to find his missing father and unravel a mystery that threatens the survival of our planet. His journey will uncover secrets that challenge the nature of human existence and our place in the cosmos. ...