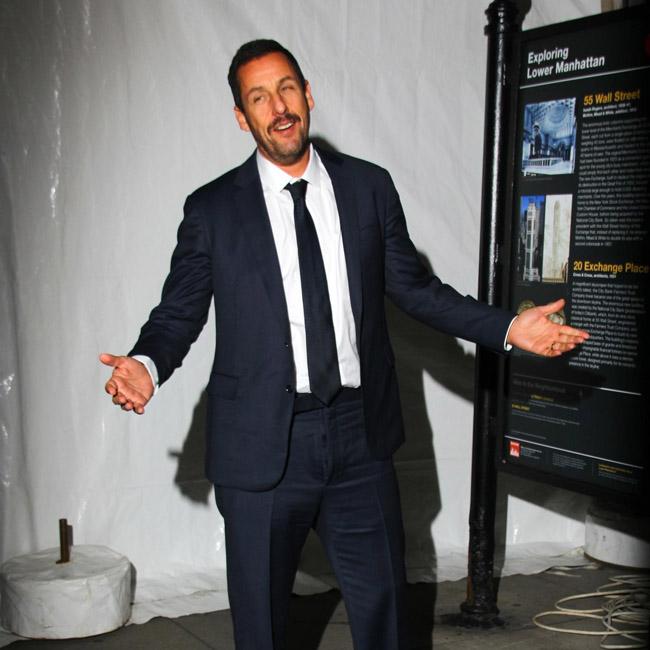 Adam Sandler doesn't believe any of his films flops

Adam Sandler doesn't consider any of his movies to be flops.

The 53-year-old actor - who has dedicated much of his career to comedy - has admitted that he loves "every movie" he's worked on and has never considered any of them to be a failure, despite some titles being panned by critics.

Speaking on CBS News' '60 Minutes on Sunday', Adam said: "Man, I don't know what the downs have been.

"I mean, maybe in some people, when they write about me, they talk about my downs.

"But I don't have any downs.

"I love every movie I've made. I've never in my entire career phoned one thing in."

The 'Happy Gilmore' star insisted that he doesn't pay any attention to reviews anymore, but that wasn't the case two decades ago.

"I was - kinda shell-shocked like, 'What happened? They say I suck? I thought I was good at this.'"

Adam's latest role in 'Uncut Gems' has seen him tipped for an Oscar, and he joked that he would make a deliberately bad movie if he fails to win.

He quipped: "If I don't get it, I'm going to f***ing come back and do one again that is so bad on purpose just to make you all pay. That's how I get them!"

Adam plays compulsive gambler Harold Ratner in the film, which is a notable shift from his usual comedy movies.

A description of the film reads: "A charismatic New York City jeweller always on the lookout for the next big score, makes a series of high-stakes bets that could lead to a windfall of a lifetime.

"Howard must perform a precarious high-wire act, balancing business, family, and encroaching adversaries on all sides, in his relentless pursuit of the ultimate win."