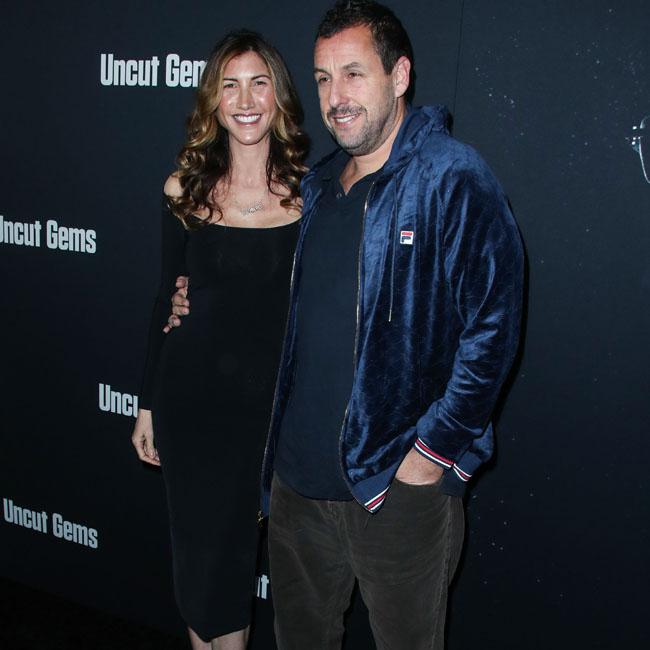 Adam Sandler's wife gave him the "strength and courage" to take on the role of a gambling addict in 'Uncut Gems'.

The 'Big Daddy' star portrays jeweller Howard Ratner in the upcoming crime drama and has admitted he was "scared" to take on the role and was persuaded by his wife Jackie to do it.

"We do this together and she gives me strength and courage to get into this stuff."

Sandler, 53, also admitted that it can be awkward at awards ceremonies when he's up for the same award as another Adam, such as 'Marriage Story' star Adam Driver.

Recalling what happened at The Gotham Awards earlier this month, he said: "I did hear, 'And the winner is', and I didn't move, I didn't want to fall for it and then I heard, 'Driver', and I thought, 'Atta baby!'

Meanwhile, the '50 First Dates' actor recently admitted he won't be letting his and Jackie's kids - Sunny, 11, and Sadie, 13 - see 'Uncut Gems' because the movie is much darker than his usual comedic fare.

He said: "[There's] some dirty stuff, yes. I was filthy in this movie. And yes, it doesn't look great, but it's a good movie...

The motion picture has garnered widespread praise and is tipped for Oscars success and Adam admitted the positive reception for his performance and the work of directors Josh and Benny Safdie has been "nice".