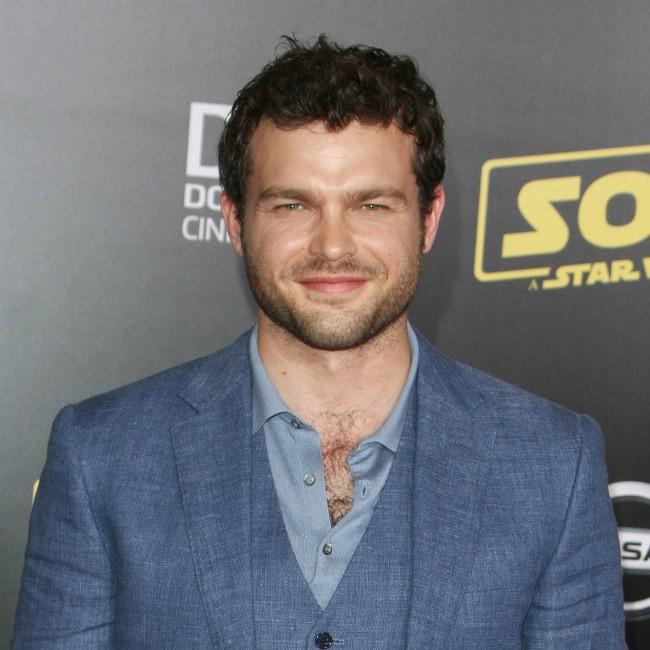 The 30-year-old actor took over the role from Harrison Ford when he played a younger version of the character in prequel film 'Solo: A Star Wars Story'. The movie disappointed at the box office, with Disney later accepting they had released too many 'Star Wars' movies to close together after acquiring the rights to the franchise when they bought Lucasfilm in 2012, but Alden is prepared to return to the role if the story is right.

When asked if he would play Han Solo again, Alden told Esquire magazine: "It depends on what it is. It depends on how it's done. It depends if it feels innate to the story."

Ehrenreich also confirmed that there are no official plans for a 'Solo' sequel at the moment, despite the end of the movie giving possible plots.

He said: "I don't know anything about that. I mean, you know, I think our movie was kind of the last of the conventional-era 'Star Wars' movie releases."

The 'Hail, Caesar!' star also explained that he has heard rumors from the 'Star Wars' universe that could see him reprise the role.

Alden said: "I've heard some stuff, but nothing concrete."

The 'Brave New World' star also revealed that he made the decision to step away from the spotlight after featuring in the flick, which was directed by Ron Howard.

Ehrenreich explained: "It was basically a three-year experience from pre-production to the release of the movie, and I just wanted to be a person, connect with people in my life, spend time and develop as a person outside of those worlds. And then you never know."

He also revealed that he has not kept up with the iconic sci-fi franchise since appearing in 'Solo', revealing that he had not seen 'The Rise of Skywalker' or the acclaimed Disney+ TV series 'The Mandalorian'.