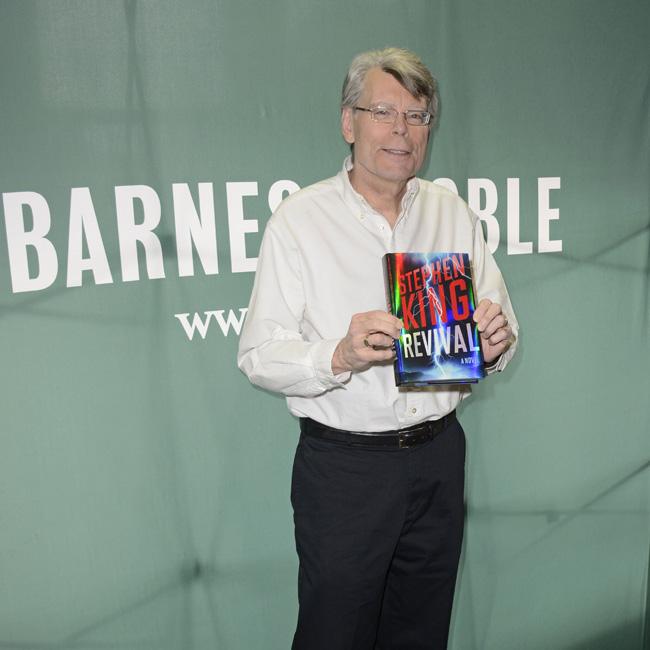 The 34-year-old indie filmmaker will be writing the screenplay for the iconic author's 2003 story, which was originally published in Esquire magazine and later featured in the horror writer's 2008 collection 'Just After Sunset'.

The 'Her Smell' director will also helm the project, which follows author John Dykstra, who writes under the pen name Rick Hardin.

The writer overhears a couple arguing in a rest stop bathroom and the sounds of domestic abuse - and although he is too timid to act, his tougher alter-ego Rick intervenes and attacks the man with a tire iron, sparking a dangerous game of cat-and-mouse.

The latest of the legendary author's novels to be adapted for the big screen was the 1983 book 'Pet Semetery' which stars Jason Clarke as Dr. Louis Creed and Amy Seimetz as his wife Rachel.

The story follows a family that discovers a mysterious graveyard in the woods behind their new home which has the ability to bring animals back to life.

Jason, 49, previously admitted that he was "out of his mind" about certain scenes in the film - which has been directed by Kevin Kolsch - as they are not part of the book and he worried they could be "more wrong than right".

When asked which scene he was most nervous about shooting, he said: "There are a couple of big sequences in there, there was a lot of pressure to try and find them and even in the fact that we didn't know what was the right version of them.

"Then there's other scenes we shot and their not really in the book properly and we sort of are explaining what's going on which was terrifying. Because that's one of the big jumps in the film you can really lose the audience there you can make more wrong than right so I was out of my mind about those scenes."