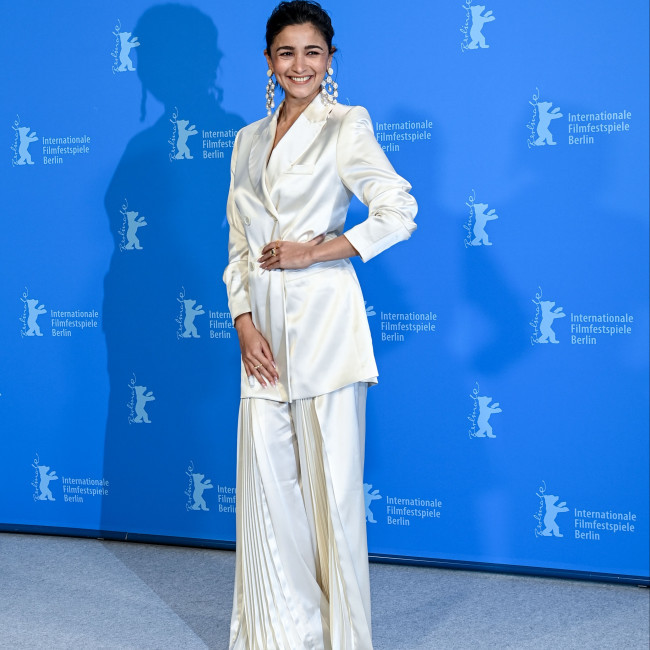 Alia Bhatt added to cast of Heart of Stone

Alia Bhatt has been added to the cast of 'Heart of Stone'.

The 28-year-old Bollywood actress will make her debut in a major English-language studio film in the Netflix spy thriller alongside Gal Gadot and Jamie Dornan.

Tom Harper is directing the movie from a script by Greg Rucka and Allison Schroeder. David Ellison, Dana Goldberg and Don Granger are producing the flick for Skydance.

Plot details are being kept under wraps but 'Heart of Stone' has been a high priority for Netflix since it acquired the rights to the movie last year.

The film marks Bhatt's global debut after dominating the Bollywood scene and becoming one of India's biggest stars. Her most recent movie 'Gangubai Kathiawadi' was one of the biggest Bollywood films since the start of the pandemic.

'Heart of Stone' has been tipped to become a female-led spy franchise in the vein of James Bond and 'Mission: Impossible'. It was previously claimed that Gal had signed an eight-figure deal to front the movie.

Meanwhile, Dornan claimed that he has to make sure a role is going to "test" him in order to give him satisfaction from the experience.

He explained: "It’s all about seeking a challenge.

"And if you get too comfortable in this industry, you’re f*****. I believe that.

"I always want to prove something to myself. I’m a bit driven in that way of always wanting to challenge myself beyond what I’ve already achieved, or what I’ve already sort of dealt with. I want the next thing to be something I have to work really hard to prove to myself — and potentially to other people — that I’m capable of this, whatever it is."