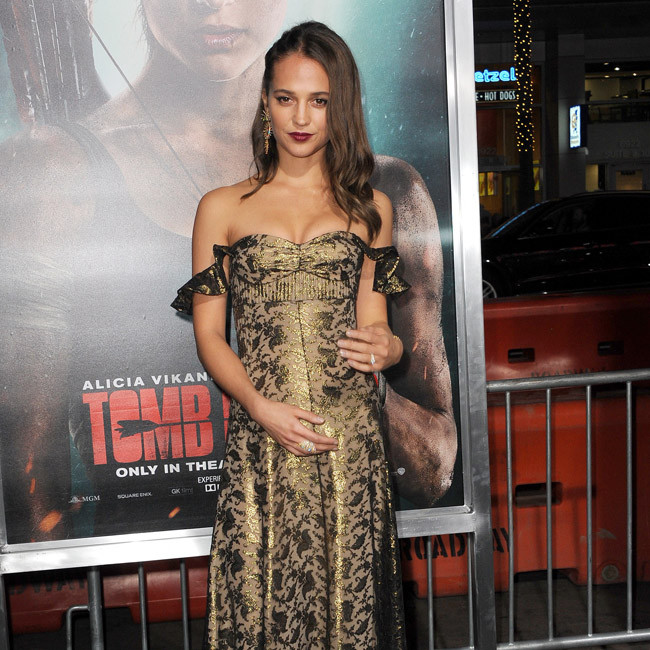 The 32-year-old actress is set to reprise her role as Lara Croft in the follow-up to the 2018 film and feels a connection to the 'Lovecraft Country' showrunner, who joined the project after the original director Ben Wheatley dropped out.

"I was like, 'Oh, I'm just now on a Zoom with an extremely talented woman that I think has done some incredible work.' It would be so amazing if we get to go and do this very big-a** film together, going to kick some a** in front of the camera and behind the camera, you know?"

The sequel has been put on hold due to the coronavirus pandemic but Alicia has confirmed that Misha has been working on a draft of the script.

She said: "I hope we go and make another movie. Because of the pandemic, we had plans of shooting this film, and now it's been one and a half years, but Misha Green is on board, and she's writing a draft right now."

Vikander also revealed that she wants the new film to be just as enjoyable as the first movie, which saw her replace Angelina Jolie as the archaeologist.

The 'Anna Karenina' star said: "If we get to go and do another one, I want to have as much fun as it was the last round."

Alicia previously explained how she wanted the character to be different from the pin-up portrayed by Jolie in previous movies.

She explained: "People say, 'Oh you don't want to make her sexy?' No, I want to make a young woman who is sexy but I want her to be fierce, cool, witty, funny.

"I want her to be somebody you want to hang out with, as a woman and a man. Society's changing so this is more up to date with what we find sexy."