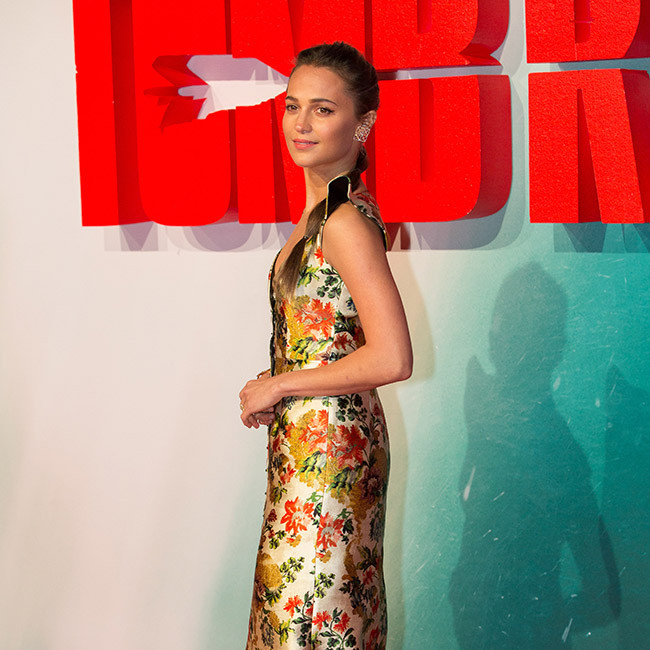 The 32-year-old star made her debut as Lara Croft in the 2018 movie 'Tomb Raider' and is hopeful that she will return to the role, even if the COVID-19 pandemic has put everything "up in the air".

"And so, I can't say anything, because like you said, COVID kind of put everything just up in the air. But yeah, I'm excited to read scripts and hope that it's something that we'll find a way to make."

Misha is set to helm the new project – which has a working title of 'Tomb Raider: Obsidian' – after 'Rebecca' director Ben Wheatley had previously been attached.

Now, Alicia is looking forward to reading the script and pressing ahead with the film.

The 'Anna Karenina' star said: "It’s very recent. It’s really now when the world is up and running again [that the script is being written], and Misha is onboard and she’s working on the script right now.

"So I’m very excited to sort of read something very soon."

Alicia took over the role of Lara Croft from Angelina Jolie in the last film and her take on the character is different from the pin-up version portrayed by Jolie and in the video games.

She explained: "People say, 'Oh you don't want to make her sexy?' No, I want to make a young woman who is sexy but I want her to be fierce, cool, witty, funny.

"I want her to be somebody you want to hang out with, as a woman and a man. Society's changing so this is more up to date with what we find sexy."