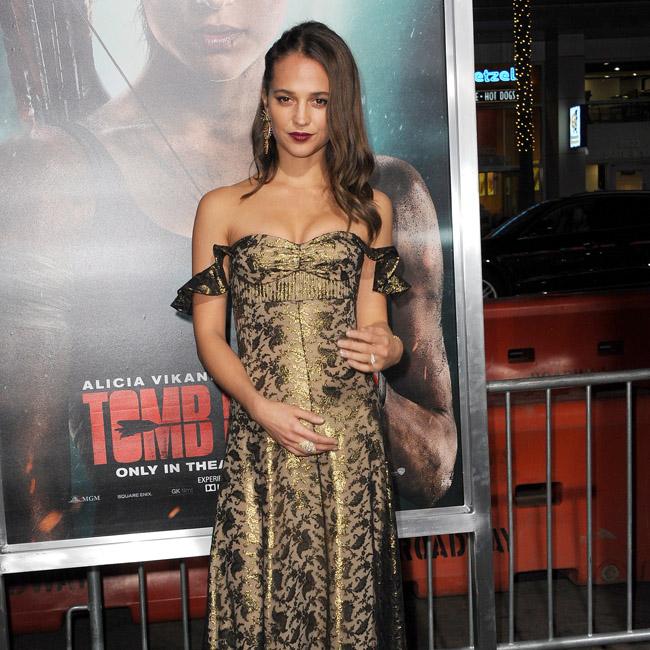 The 'Tomb Raider' star won an Academy Award in 2016 for her role in 'The Danish Girl' - but despite achieving such success at an early stage of her career, Alicia is determined to focus on the future.

In an interview with HeyUGuys, she said: "I will always be on the list of people who have won an Oscar, it's an incredible honour.

"It's an amazing little symbol, especially when you're young, to show that you're on the right path.

"I'm still at the beginning of my career and have the rest of my work that I need to do."

Alicia also discussed her role in 'Earthquake Bird', in which she plays Lucy Fly, a young expat suspected of murder in Tokyo.

The 31-year-old actress admitted she enjoyed playing such a complex character.

She explained: "There's so much to Lucy's background and history. She has this kind of strange and quirky personality and part of the mystery is finding out who she is. You wonder why a Western girl in 1989 has found herself in Tokyo."

Alicia also opened up about a dance scene she shares with co-star Naoki Kobayashi.

The acclaimed actress explained that her character wasn't "comfortable" alongside Naoki, who is a dancer in Japan.

She said: "I love to dance, Naoki is a dancer as you've probably heard, but my character isn't very comfortable."

Alicia was also delighted that the film gave her the opportunity to go to Japan, and is pleased that Asian films are becoming increasingly common.

She said: "I hope I get to do another film in Japan soon. There are finally films being made in Asia that we get to see here and vice versa. There are more collabs between countries."