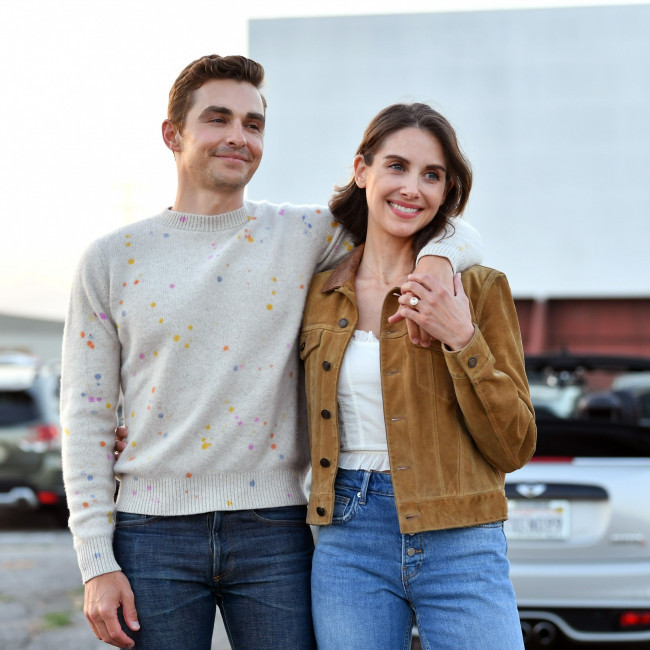 Alison Brie has admitted she and Dave Franco were "mom and dad of the set" for 'The Rental'.

The 38-year-old actress plays Michelle in the new horror movie - which was written and directed by her husband - and while she wanted to remain professional, they were still "husband and wife" during filming.

Speaking to HeyUGuys.com, she said: "We've acted together a couple of times. We've been on sets together before, I wasn't nervous at all, I just thought 'this'll be great'.

"And I'm so confident in him as a director that I knew it was going to be really fun. But in our first week, I think we were still in rehearsals and we'd got into the space, we're with the other actors and some of the crew.

"I went to ask a question and I like, 'Babe... do you think I should - I mean, Dave, Mr. Director, sir'. I took him aside into the other room, and I was like, 'Do you want me to call you Dave when we're on set instead of babe and honey? Does that undermine you're authority?'

"He just laughed at me and said 'I want you to call me David Franco'. I did call him babe and honey throughout shooting and I actually think it felt like we were mom and dad of the set. We really felt like husband and wife, but we're able to be professional."

Although Franco, 35, eventually cast his partner in the role, she didn't know she was going to be involved in front of the camera until after she'd helped him with the script.

She added: "In this case, I got to read a couple of drafts of the script before he asked me to be in the movie.

"That was kinda nice because there was a detachment in a way that I could just read my husband's work, give notes and it had nothing to do with me."

As well as being keen to share in the experience of her husband's debut as a director, she was also keen to explore a character she'd read in the early drafts.

She explained: "It's so different the way that you read something when you're playing the role versus kinda just reading it and looking at it from an outside

"Once I knew I was playing the part of Michelle, the more I dug into character I was like, 'Did you base her on me?' Because we have some similarities, for sure!"