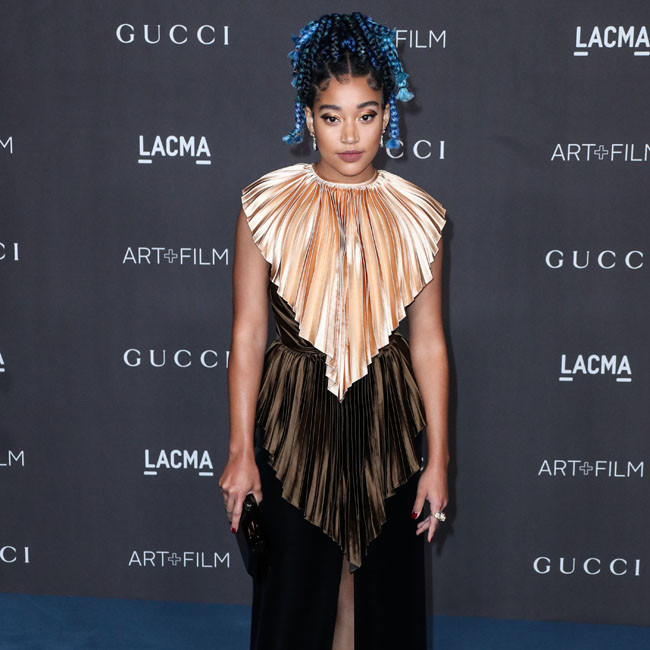 The 'Hate U Give' star and 'Borat Subsequent Moviefilm' actress have been tapped to appear in the new thriller, which is being financed and produced by A24.

Insiders add that Pete Davidson and Myha'la Herrold are also in talks to star in the film from director Halina Reijn. David Hinojosa will produce the movie for 2AM.

Plot details on the project are being kept under wraps but sources have described the movie as a "secret slasher film". A24 have been putting the movie together over the past few months with Amandla and Maria recently closing deals to join the cast.

Following her critically acclaimed role as Starr Carter in 'The Hate U Give', Stenberg has been cast in the remake of the psychological thriller and the big screen adaptation of the musical 'Dear Evan Hansen'.

Maria has shot to stardom after appearing alongside Sacha Baron Cohen in the 'Borat' sequel as Tutar Sagdiyev, the daughter of Sacha's alter ego Borat Sagdiyev.

An infamous scene saw Maria posing as a journalist for an interview with US politician Rudy Giuliani and she recalled how she was full of fear during the encounter.

The 24-year-old star told Baz Bamigboye's column in the Daily Mail newspaper: "I was able to hear my heart racing like crazy. He was the president's lawyer; and these people are super smart, usually.

"I'm not sure I saw it the way everybody else saw it. Sacha was hiding in the closet, trying to save his daughter - but he saved me, Maria! As a producer, and as a creator, he's my teacher and guardian angel."