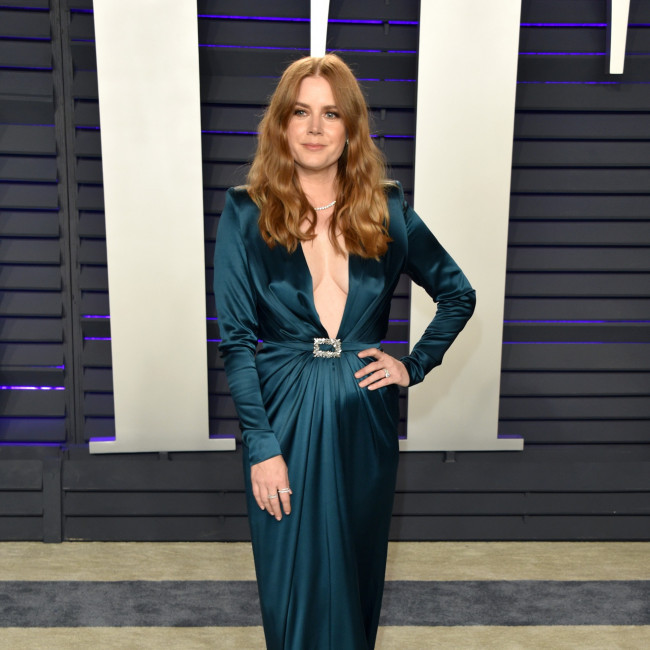 Amy Adams has teased more "singing and dancing" in 'Disenchanted'.

The 47-year-old actress will reprise the part of Giselle in Disney's long-awaited sequel to the 2007 film 'Enchanted' and has given fans a hint of what they can expect from the new movie.

She told 'The Tonight Show with Jimmy Fallon': "(The film features) a lot more singing and a lot more dancing, which was humbling."

Amy explained: "The last time I really danced as much as I'm required to dance in this, I was in my 20s and now I'm not in my 20s.

"It feels different in your 40s. In my heart, I look like I'm in my 20s when I'm dancing, and then I would watch playback and be like, 'Whoa, that's not the same.'"

The star adds that "everyone is back" for the sequel, with Patrick Dempsey, James Marsden and Idina Menzel reprising their roles for the film, which is slated for release in 2022.

Maya Rudolph has also joined the cast as new villain Malvina and Amy has hinted at "a lot of fun" between the pair.

The 'American Hustle' star said: "She plays the baddie, so we get to have a lot of fun together."

Amy's singing had previously been hailed by her co-star Idina who told fans that they can expect impressive performance from Adams and Patrick.

The 'Frozen' star said: "They gave me songs.

"They gave me music to sing, which I didn’t have in the first one, which was fine actually, everyone else made a big deal about it.

"I was happy to be hired as just an actress, but now I’m really excited because these songs, Stephen Schwartz and Alan Menken wrote, the songs are incredible.

"But there’s so much music, and Amy singing her butt off, and it’s just Patrick singing and tap dancing. It’s really glorious and joyful and people are going to love it."