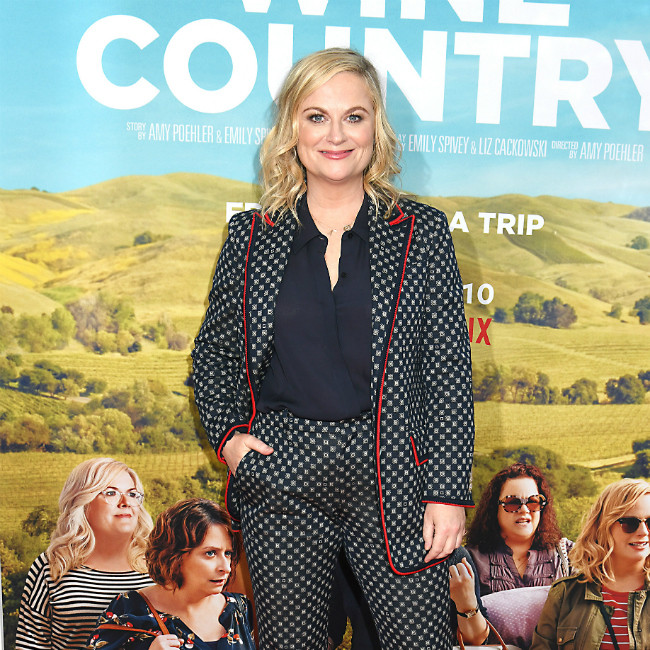 Amy Poehler is happy to represent real-life mums in Moxie

The 49-year-old star - who directs and stars as mum Lisa Carter in the new Netflix comedy drama - has opened up on the portrayal of mums on the big screen, and explained why she's glad to deliver something with more depth.

Appearing on 'Smallzy’s Celebrity Small Talk', the mum-of-two said: "I can't speak for all parents or all kids. I do think that what was fun about playing this character is that I think mother's in general in films get a little flattened out.

"So, that was really fun, to dig a little bit deeper on a character like Lisa and try to represent her as a women with needs and wants and expectations for herself and her daughter."

'Moxie' focuses on a 16-year-old girl from a small American town who starts a feminist revolution at her high school after becoming inspired by her mother's past experience as part of the underground punk movement Riot Grrrl.

Poehler's daughter Vivienne is played by Hadley Robinson in the movie - which is based on Jennifer Mathieu's 2015 novel of the same name - and the 'Little Women' actress loved the dynamic of performing with her director and co-star.

Asked if she felt nervous, she explained: "It's actually the opposite! I think it made me feel more comfortable that it was one person rather than two.

"Acting [together] was so fun because I didn't feel like it was a director watching from the room next door.

"She was right there, interacting with her... She made it very, very easy and it all felt very natural."