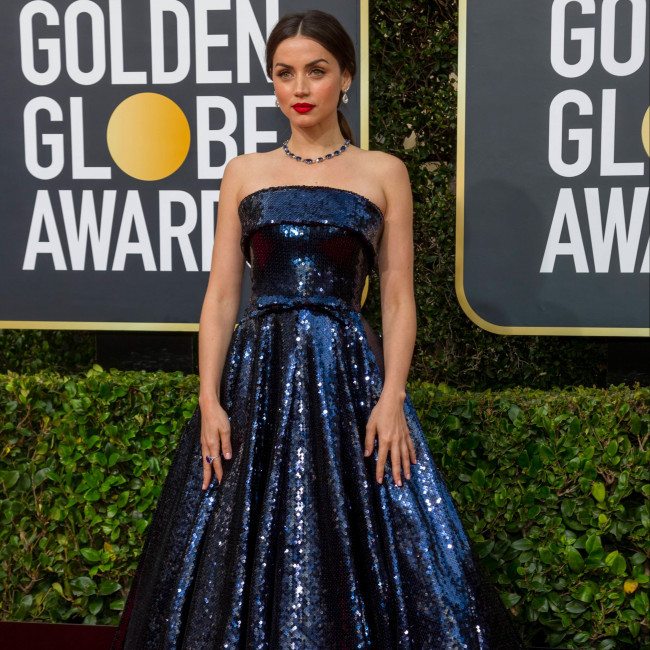 Ana De Armas is in talks to star in a 'John Wick' spin-off movie.

The 33-year-old actress - who recently starred alongside Daniel Craig in 'No Time To Die' - has been lined up to appear in 'Ballerina'.

The upcoming project will tell the story of a young female assassin who is trying to gain revenge against the people who killed her family, Deadline reports.

Len Wiseman is set to direct the movie based on a script written by Shay Hatten.

The upcoming film is being produced by Basil Iwanyk, Erica Lee and Chad Stahelski, and the overall budget is thought to be between $50 and $80 million.

However, it's not yet clear whether Keanu Reeves - who plays John Wick - will make an appearance in the movie.

The actress grew up in Santa Cruz Del Norte in Cuba, and confessed that becoming a movie star seemed like a distant dream during her childhood.

She explained: "I had there, in front of my eyes, people who were not working or who didn’t have money.

"On television I would see nothing more than old re-runs of soap operas or things that were of poor quality."

Ana first dreamed of becoming a well-known actress at the age of 12. However, it required a lot of courage and ambition to achieve her dream.

She shared: "In my home, we never had videos, DVDs or VHS. We used to watch movies at my neighbor’s home. If I saw a scene played by a woman or a man that I really liked, I would run to the mirror and repeat it.

"Then I would come back home and do the movie for my brother because he didn’t see it.

"I couldn’t dream of anything else outside Cuba. You grow up thinking that it’s good enough, it’s all you need, which in some way is true.

"You can dream big in Cuba but very few people can go outside and have the balls to make it happen."