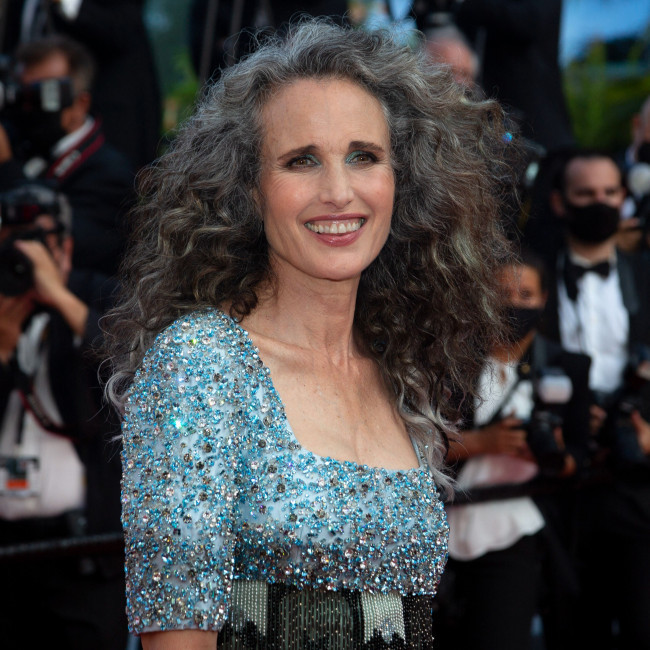 Andie MacDowell is set to star in 'My Happy Ending'.

The 63-year-old actress will lead the ensemble cast of the flick, which is based on the Israeli play 'Sof Tov' by Anat Gov.

The 'Four Weddings and a Funeral' star will play a Hollywood actress who finds herself in a British hospital room with three other women who help her with the most difficult role she has ever played... herself.

The movie recently wrapped production in Wales and is being directed by Israeli filmmakers Sharon Maymon and Tal Granit and will be produced by Talia Kleinhendler and Osnat Handelsman-Keren – who are both thrilled to be collaborating with Andie.

The producers said: "Watching her iconic performances over the years, Andie MacDowell's ability to combine deep emotion and vulnerability with comedy made her the perfect choice for this role. We couldn't be more excited to work with her and this wonderful ensemble of actors."

Meanwhile, Andie is set to star alongside Kate Bosworth in the Netflix movie 'Along for the Ride'.

The pair have boarded the cast of the flick based on Sarah Dessen's novel, with Emma Pasarow, Belmont Cameli, Laura Kariuki and Dermot Mulroney also set to star.

The story centres on Auden (Pasarow), who during the summer before college meets the mysterious Eli (Cameli), a fellow insomniac.

While the seaside town of Colby sleeps, the pair embark on a nightly quest to help Auden experience the fun, carefree teen life she never knew she wanted.