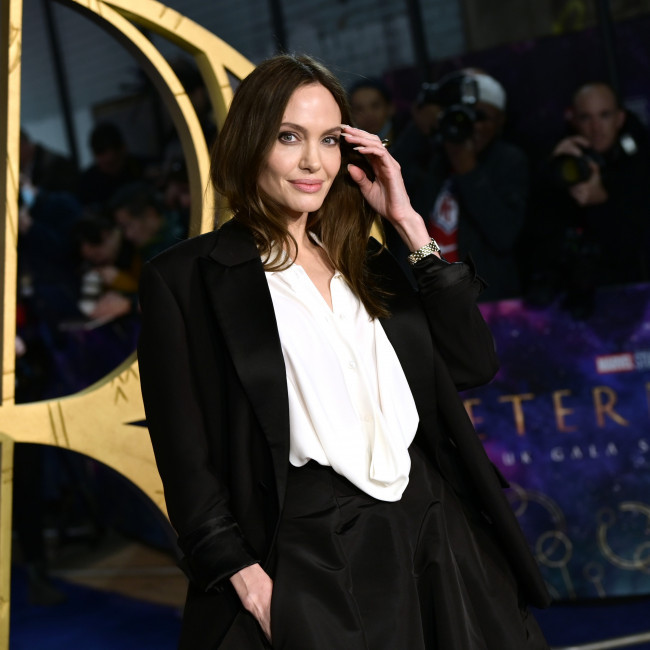 Angelina Jolie’s kids are big fans of her move into the Marvel Cinematic Universe.

She told 'Smallzy's Celebrity Small Talk' : “Well, I have six kids so I’ve been in the world for a while. We’ve been watching it.”

The 46-year-old actress also went on the say that her kids were “ so sweet” to her and did not beg for spoilers.

She said: ““My kids are so sweet to me that they were so supportive.”

They reassured her that she “could do it” and they were particularly impressed by her “gold outfit” in the film.

They told her: “You’re gonna be alright, Mom.”

At the Los Angeles premiere of her Marvel debut, she walked the red carpet with all of her kids - bar Pax.

Two of her daughters donned their mother’s looks, including Zahara in her mother’s 2014 Oscar ensemble- a silver Elie Saab couture gown.

She said: "My kids are all mixed with vintage, and in my old Oscars dress. We did vintage and upcycled my old stuff.”

Jolie also gave insight into how she found attending Comic Con in San Diego, where she met her co-stars all together for the first time, such as Gemma Chan, Richard Madden and Salma Hayek.

She elaborated: “We went to Comic Con, we, the ‘Eternals’, hadn’t met yet, but we were all going to go to Comic Con and present together.”

Angelina also described the experience of being in a Marvel movie as a “weird secret club".

She added: “You end up on a plane with all the other Marvel people, and you feel like you’ve joined some weird secret club.”

And she admitted she doesn't watch all of her movies back because she prefers “the process” of making them.

She explained: “There’s quite a few films of mine I’ve never actually seen because I like the process and I usually get frustrated because I thought it was going to be something else.”