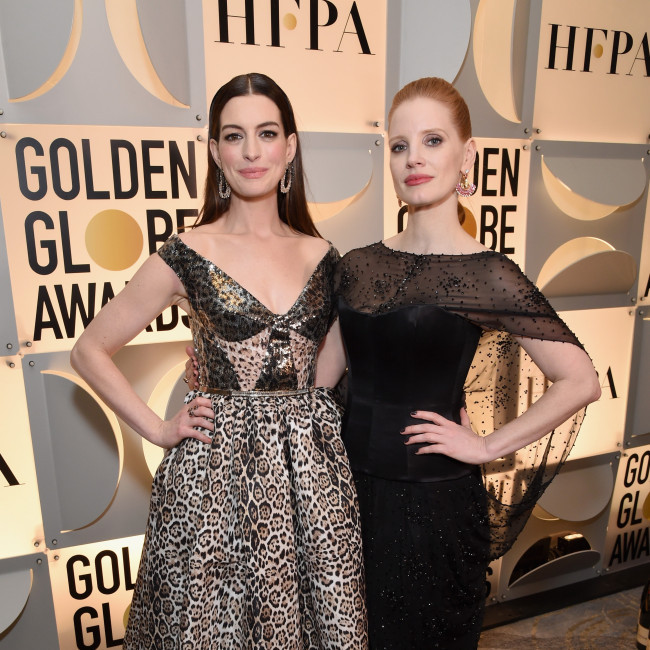 Anne Hathaway and Jessica Chastain are reuniting in 'Mothers' Instinct'.

The Hollywood stars, who previously starred alongside each other in Christopher Nolan's 2014 movie 'Interstellar', have been cast in the upcoming psychological thriller as neighbours Alice (Chastain) and Celine (Hathaway).

Set in the 1960s, the flick "will follow best friends and neighbours Alice (Chastain) and Celine (Hathaway) who both live an idyllic traditional lifestyle with manicured lawns, successful husbands and sons of the same age. Life’s perfect harmony is suddenly shattered after a tragic accident. Guilt, suspicion and paranoia combine to unravel their sisterly bond and a psychological battle of wills begins as the maternal instinct reveals its darker side.”

As per Deadline, the movie is a remake of the 2018 Belgian film 'Duelles', which was helmed by Olivier Masset-Depasse.

And the filmmaker is on board to direct the English version.

He said: “It takes actors of Jessica and Anne’s caliber to communicate the intricacy of these two roles. The relationship between a mother and child is the most powerful connection between two human beings. When this bond is severed, it calls into question conventional morality and even sanity. In the behind-closed-doors atmosphere of 1960’s America, Mothers’ Instinct becomes a terrifying, high-pressure powder keg.”

Chastain is producing the movie under her Freckle Films banner.

Meanwhile Hathaway has revealed the two roles she wished had played; the female lead in 'Romeo and Juliet' and Eliza Doolittle in 'My Fair Lady'.

Appearing on 'The Drew Barrymore Show' this week, she said: “In terms of roles that I think have come and gone because I’m not sure, well to be honest … I think there are probably people it’s their time more than my time, I wish that I played Juliet in 'Romeo and Juliet' and I wish I played Eliza Doolittle in 'My Fair Lady'."