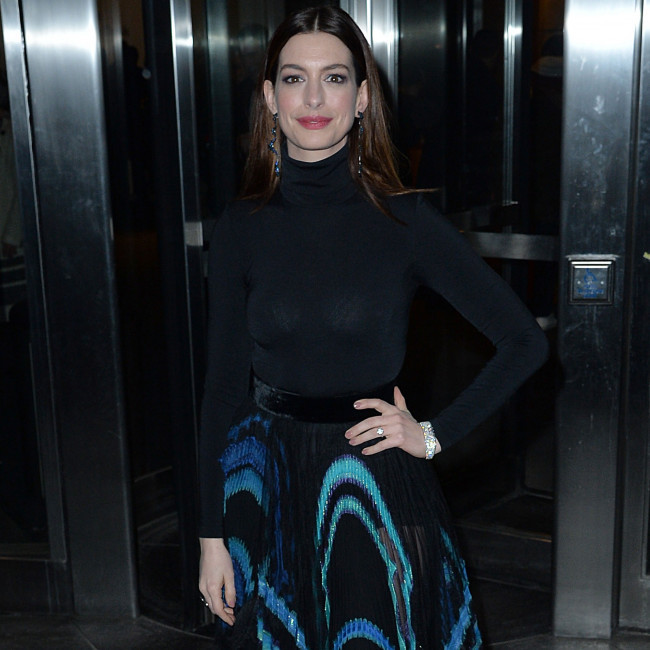 Anne Hathaway tells Zoe Kravitz to be her own Catwoman

Anne Hathaway has urged Zoe Kravitz to focus on her own interpretation of Catwoman.

The 37-year-old actress portrayed the DC Comics character in Christopher Nolan's movie 'The Dark Knight Rises' but has urged Zoe to focus on her own performance for her portrayal of the burglar in 'The Batman'.

Anne explained: "If I had any advice it would be literally don't listen to anybody because I think the only way to play that role is to give your version of it."

The Oscar-winning star added that performances can depend on directors, explaining that her performance as the Grand High Witch in Robert Zemeckis' new take on 'The Witches' will be different to that of Anjelica Huston in Nicolas Roeg's 1990 movie based on Roald Dahl's tale.

Anne said: "All of us had different directors and all of our interpretations were specific to the films that they were in, kind of like my Grand High Witch is specific to Bob Zemeckis and Anjelica Huston's is specific to Nicolas Roeg's, and that's great!"

Hathaway also cited how those to have portrayed the Joker have had different takes on the villain depending on the filmmaker and went on to praise Zoe as the "perfect choice" to play Catwoman.

She told Collider: "All the Jokers were specific to each director they have, and so I don't think you can get too bogged down with the comparison. And especially when you're not the one doing it because your job is to give yours.

"And I'm so excited to see what she does with it. I thought she was a perfect choice."