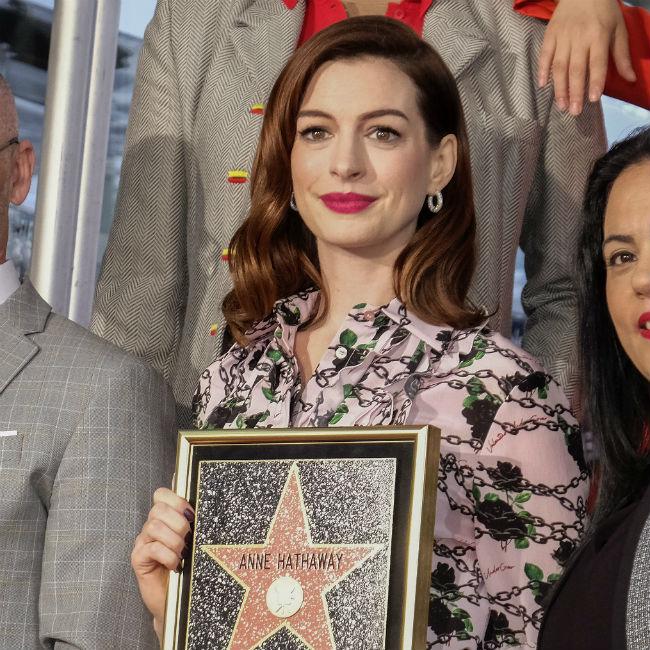 The 'Devil Wears Prada' actress has reportedly signed up for the part of the 35-year-old New York Times journalist who is living in Paris when she learns she is pregnant and comes to find that mothers don't beat around the bush when it comes to giving birth in France.

The film is being produced by StudioCanal and Blueprint Pictures, the latter worked on the Oscar-winning 2017 film 'Three Billboards Outside Ebbing, Missouri'.

Hathaway, 37, has had huge success with two films she has starred in set in France.

The 'Ocean's 8' star won the Oscar for Best Supporting Actress for her portrayal of Fantine in 2012's 'Les Miserables'.

And one of her most popular roles as Andy in 'The Devil Wears Prada' also saw her PA alter-ego travel to Paris.

Hathaway has a number of films in the pipeline, including the mystery crime drama 'The Last Thing He Wanted', in which she plays journalist Elena McMahon, and 'The Witches' - a remake of the 1990 classic based on the Roald Dahl children's book.

Plus she has been offered a role in the 'Sesame Street' movie.

Hathaway is said to have been tapped for the part of Sally, which is the name a girl who appeared in the first first episode of the show and was given a tour of Sesame Street where she met many of the beloved characters.

The educational series first premiered in 1969, and combines live-action and puppetry with animation with a host of Jim Henson characters including Big Bird, Bert, Ernie, Cookie Monster, Elmo and Oscar the Grouch.

Hathaway has previous experience with 'Sesame Street', having sang 'I Want A Snuffleupagus For Christmas' with Big Bird and Snuffy during the holiday special 'Elmo's Christmas Countdown'.

The movie star's recent credits include thriller 'Serenity' and comedy 'The Hustle'.