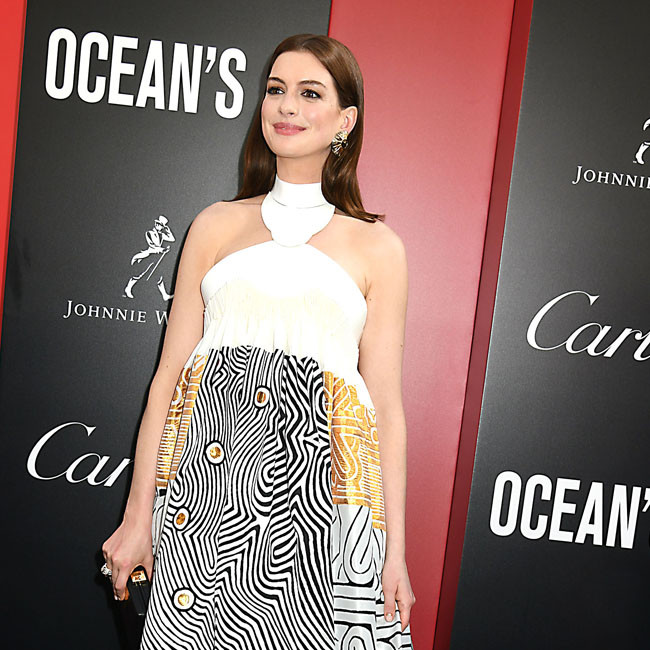 Anne Hathaway to star in The Idea of You adaptation

Anne Hathaway has been cast in the film adaptation of 'The Idea of You'.

The popular romance novel, written by Robinne Lee, is being transformed into a movie by Amazon Studios and Welle Entertainment, and the Oscar-winning actress has joined the film's cast.

Anne, 38, will play the role of Sophie, a 40-year-old divorced mother who is struggling to adjust to her new reality after her husband left her for a younger woman, Deadline reports.

However, Sophie's life is transformed when she takes her 15-year-old daughter to Coachella, where she meets the 24-year-old lead singer of the world's biggest boy band.

They soon realise that they have an obvious chemistry and they then embark on a whirlwind romance.

The screenplay is being penned by Jennifer Westfeldt, while Cathy Schulman and Gabrielle Union are set to produce the project.

Anne is one of the best-paid actresses in the movie business, and she previously admitted to being surprised by her own success.

The Hollywood star explained: "I never thought that things would go this well, that I'd still be like hitting the pavement as hard as I am now. But I do love it. I really feel lucky to do it."

Anne remains as enthusiastic about her career as ever, in spite of the success she's already achieved.

She said: "I had a mistaken idea that there would be a point where you'd made it enough that you would be able to stop hustling.

"Like, I thought there was gonna be a moment where you were just like, 'Oh great, now I get to sit back. I've won this, and my movies have done that and now people come to me.' That's never really happened.

"When people say you really have to love acting because it's hard, like that's an aspect of it that I don't think people think (about)."