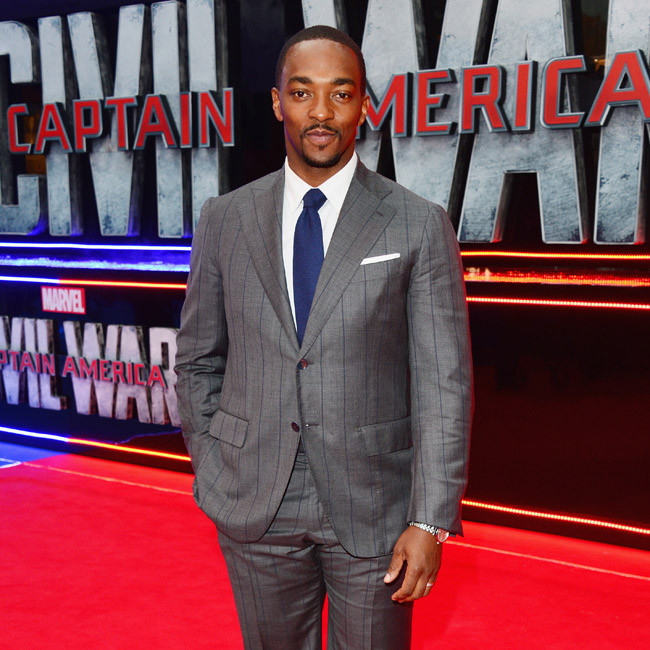 Anthony Mackie and Priyanka Chopra Jonas have been cast in the assassin flick 'Ending Things'.

The plot follows: "A hit-woman who wants out of the assassin business tells her “business” partner that she’s ending their personal relationship as well. But she comes to realise she doesn’t want to end that part of their bond. In order to survive the breakup – and their last job together – they must join forces for one last night out."

As well as starring in the motion picture, Anthony's Make It With Gravy Productions will produce the film.

The script comes from Kevin Sullivan.

At the time of writing, there is no director attached to the movie.

Meanwhile, it was just announced that Anthony will make his directorial debut on 'Spark'.

Colvin was just 15 when she bravely stood up to racism as she was arrested for refusing to give up her seat on a crowded segregated bus in Montgomery, Alabama.

The incident occurred nine months before Rosa Parks became an icon of the Civil Rights movement for doing the same thing.

Colvin was initially embraced by Civil Rights leaders for her courage, but was brushed out of history when those same leaders decided a poor, dark-skinned teenage girl wasn't the ideal face for their public campaign.

Anthony is producing the movie with Kellon Akeem, Jason Michael Berman and Marc Ambrose while Niceole R. Levy has written the script.

The 'Falcon and the Winter Soldier' star explained that he came across Colvin's story while visiting the National Civil Rights Museum in Memphis and felt that her story needed to be told after all these years.

He said: "Not only was I moved, I was inspired. It's great to be a superhero in movies but she's a real live one living amongst us and I'm honoured to tell her story."

Colvin added: "67 years ago, when history glued me to the seat of that bus in Montgomery, I could never have imagined that standing up for my rights could spark a movement that would change the course of history.

"It is really an honour to have my story retold, by Mr. Mackie, for future generations to learn about our past so they can move forward knowing that process is possible, and things do get better. I hope my story will inspire youth to continue to fight for civil rights and human dignity."