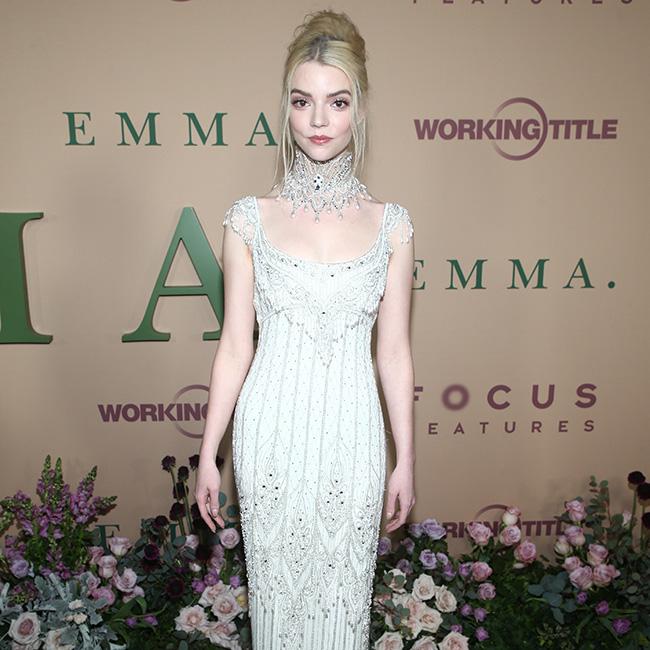 Anya Taylor-Joy says the set of 'Emma' was like a Jane Austen theme park.

The 23-year-old actress - who plays the titular role in the drama based on the 1815 novel of the same name by Austen - felt like she was transported back to the 18th century every time she stepped foot on set as the crew paid close attention to detail.

When asked if it was like a theme park, she told HeyUGuys.com: "Yeah. All the heads of department had done such a good job and they were so meticulous about everything that you had to get your corset laced up and go in."

The extra details came as a delightful surprise to the 'Split' star as she was determined to play her character the way the author had written her.

After director Autumn de Wilde gave her the part, Anya claimed: "It was the first thing I said to Autumn when I agreed to do it. I said I really wanted to stay true to what Austin herself had said about the character, which was that she had written a character that no one but herself would much like.

Meanwhile, Anya admitted filming her upcoming thriller 'Late Night in Soho' a "brain shift" as she suddenly swapped the Georgian era for the Swinging Sixties.

She explained: "I did that the day after I finished 'Emma' and that was a very big brain shift to go into it. Very, very different characters.

"Very, very different worlds, but that was - I really love choreography, I'm really interested in that. I act with beats in my head, and so to be able to do that with music was just great."