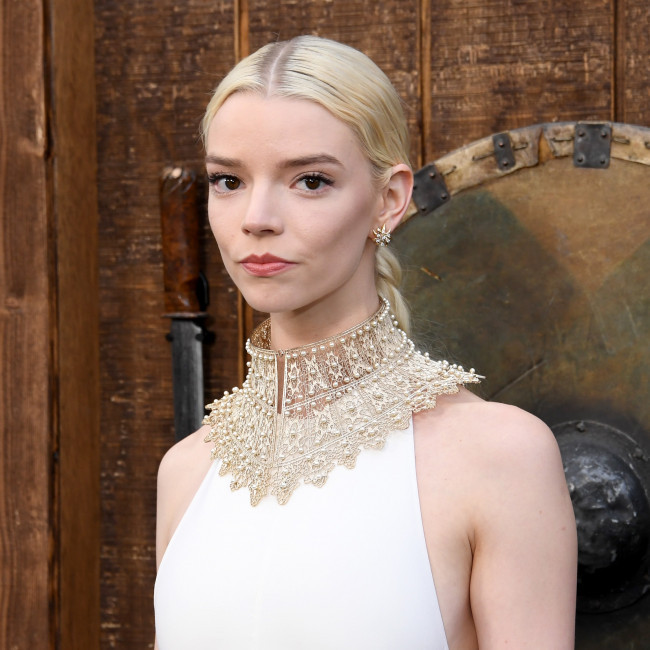 Anya Taylor-Joy "wants to" shave her head for 'Furiosa'.

The 'Queen's Gambit' actress is taking the lead role in the 'Mad Max: Fury Road' prequel and though she's keen to mimic the look Charlize Theron sported when she portrayed the character in 2015, director George Miller doesn't share her vision.

The film's costume designer Jenny Beavan, told Variety: "She wants to, but George doesn't want her to. "So I don't know whether she will or not."

The 26-year-old actress previously admitted she can't wait to work with the director on the movie.

She said: "The thing that makes me most excited about 'Furiosa' is, No. 1, George Miller.

"That brain is incredible. I feel so lucky and privileged to spend time with him, and to grow alongside him."

Anya is also looking forward to the physical aspects of the part.

She said: "I'm also really excited to do something physical. To physically become something that will weirdly give me a lot of peace. I'm quite excited to work hard."

'The Northman' star has revealed that production on the film – which will also star Chris Hemsworth and Yahya Abdul-Mateen II – will begin in August, although the star, who spent her early years in Argentina, receives some ribbing from her Spanish-speaking family over how she's the character's name.

Anya said: "My dad gives me a lot of hell because we speak Spanish, he calls her 'Furiosa' (in a Spanish accent). And I'm like, it's an English-speaking film. But, like, 'OK Daddy.'

"I've got a grace period until August, and then I will be working back-to-back until mid-2023."

Anya has also spoken of her admiration for Charlize.

She said: "I fell in love with Furiosa, the way that Charlize presented her.

"She did such an incredible job and it was so beautiful and I can't even think about trying to step into her shoes. It has to be something different because it just can't be done.

"The level of commitment by those that have come before me, I endeavor to match that. That makes me really excited. [Charlize is] unbelievable. I have so much respect for the originators of this crazy world."