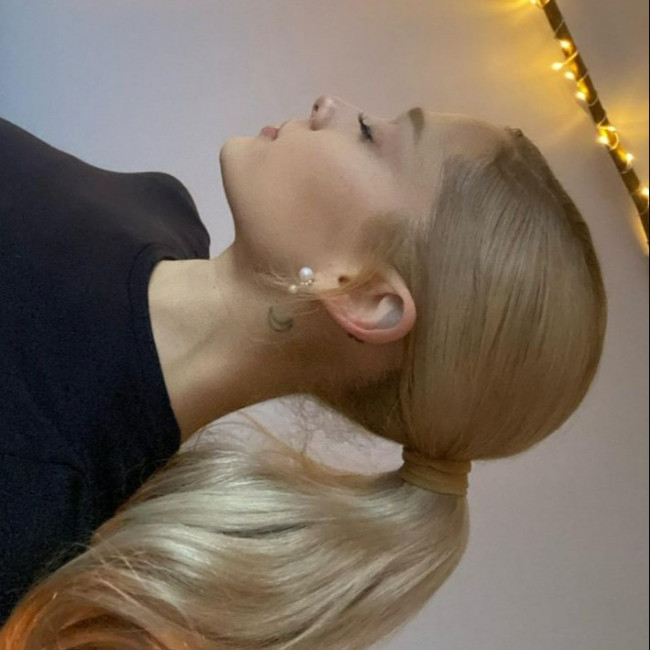 Ariana Grande has dyed her hair blonde ahead of shooting 'Wicked.'

The 29-year-old pop star has taken on the role of Glinda the Good Witch in the upcoming adaptation of the smash hit Broadway musical - which tells the backstory of 'The Wizard of Oz' and explains how the witches of Oz came to be both good and wicked - and has changed her signature dark locks to blonde in an apparent effort to match her character.

Alongside a snap of her new look, she wrote on Instagram: "new earrings."

Production on the two-part movie - which will also feature 'Bridgerton' star Jonathan Bailey as love interest Fiyero - is reportedly set to begin principal photography in London this November, with US-born superstar Ariana said to have rented a "stunning" eight-figure mansion in the capital city to live in while she works on the project.

The 'Into You' hitmaker will star alongside 'Aretha' actress Cynthia Erivo - who will take on the role of misunderstood green girl Elphaba - in the upcoming musical and director Jon M. Chu decided to make the movie into two parts because it would be "impossible" to put the complex story into a single film.

He said: "Thank you for all the support these past several months in anticipation of the 'WICKED' movie. Here’s what happened: as we prepared this production over the last year, it became increasingly clear that it would be impossible to wrestle the story of 'WICKED' into a single film without doing some real damage to it. With more space, we can tell the story of WICKED as it was meant to be told while bringing even more depth and surprise to the journeys of these beloved characters."