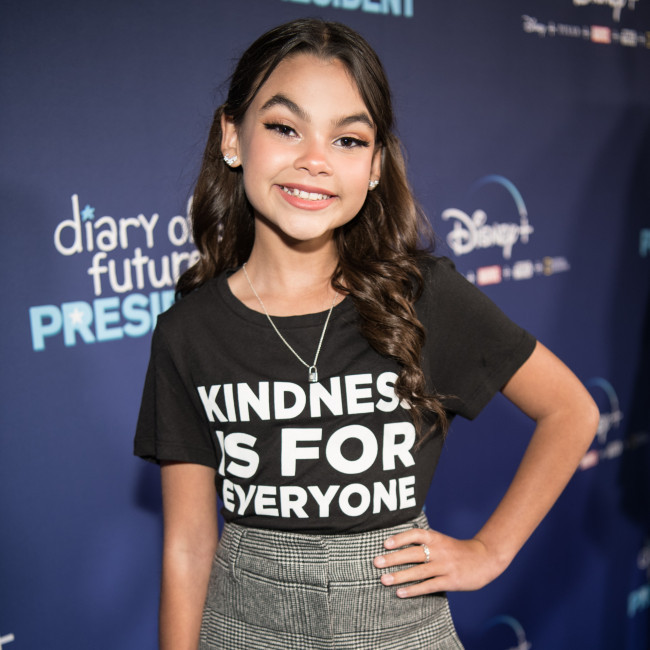 Ariana Greenblatt has joined the cast of the 'Barbie' film.

The child actress is the latest star to join the growing ensemble for the Warner Bros. movie centred on the iconic doll that will feature Margot Robbie in the lead role.

Ryan Gosling has also been tapped to play Ken while America Ferrera, Kate McKinnon and Simu Liu are to star in the movie directed by Greta Gerwig. It is not yet known who Greenblatt will be playing.

Gerwig and Noah Baumbach have penned the script for the project while Margot will produce via her LuckyChap production company alongside her husband Tom Ackerley.

Robbie Brenner is also producing through Mattel alongside David Heyman for Heyday Films. Josey McNamara and Ynon Kreiz are executive producers for LuckyChap and Mattel respectively.

Margot previously suggested that audiences will be given "something totally different" to what they will be expecting from a film based on the famous doll.

The 31-year-old star said: "Something like Barbie where the IP, the name itself, people immediately have an idea of, 'Oh Margot is playing Barbie, I know what that is', but our goal is to be like, 'Whatever you're thinking, we're going to give you something totally different – the thing you didn't know you wanted.' "

Ariana is also set to star as Tiny Tina in the big screen adaptation of the video game 'Borderlands'.

The director Eli Roth said: "Ariana is a spectacular new talent in cinema.

"She has already worked with many of my close collaborators and everyone raves about her. She blew us all away in her audition, and I cannot wait to see her bring the wild, insane and unpredictable Tiny Tina to the big screen.

"She’s going to blow up onscreen like one of Tina’s grenades."