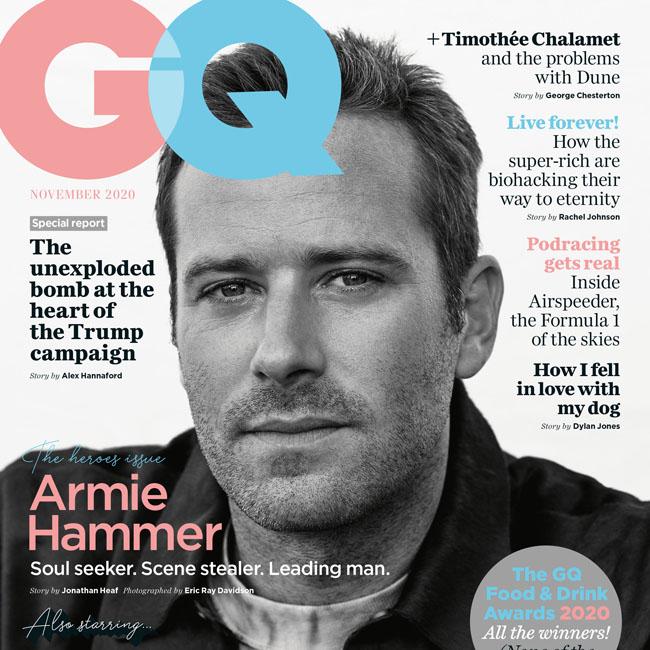 Armie Hammer: No work has started on Call Me By Your Name sequel

Armie Hammer admits that plans for a 'Call Me By Your Name' sequel are yet to come to fruition.

The 34-year-old actor played the role of Oliver in Luca Guadagnino coming-of-age romance, based on the story of the same name by Andre Aciman although he admits that he is yet to read the follow-up book 'Find Me'.

When asked about the prospect of a sequel, Armie said: "I've been talking to Luca, but we haven't got into it. I haven't even read the book."

The 'On the Basis of Sex' star revealed that he is more interested in seeing Guadagnino's vision for the movie than relying on the source material.

In an interview with the new issue of GQ magazine, he said: "I know Luca hasn't got a full script yet, although he knows what he wants to do with the story, so I don't know how similar or dissimilar it will be to 'Find Me' the novel. I know if we end up doing it, it's more important for me to focus on Luca's vision than to focus on 'Find Me'. The book will be a supplemental thing."

Hammer will next be seen in Sir Kenneth Branagh's upcoming big screen adaptation of Agatha Christie novel 'Death on the Nile' and revealed that he lied about his ability to do an English accent to land the part of Simon Doyle when the actor and director visited him at Broadway show 'Straight White Men'.

He explained to Total Film magazine: "Ken came backstage and he asked, 'Hey, can you do an English accent?' I was like, 'F*** yeah, I can. Easy!' Typical actor response - I'd never done an English accent professionally in my life.

"Then a couple of days later, my agent gets a message from Ken that says, 'I would love to hear Armie's English accent.' My agent called me, 'Do you have an English accent?' And I was like, 'Um, I'm about to get one, real fast...' "

Read the full feature in the November issue of GQ (GQ-magazine.co.uk/culture/article/armie-hammer-interview-2020) which is available via digital download and on newsstands Friday 2 October -