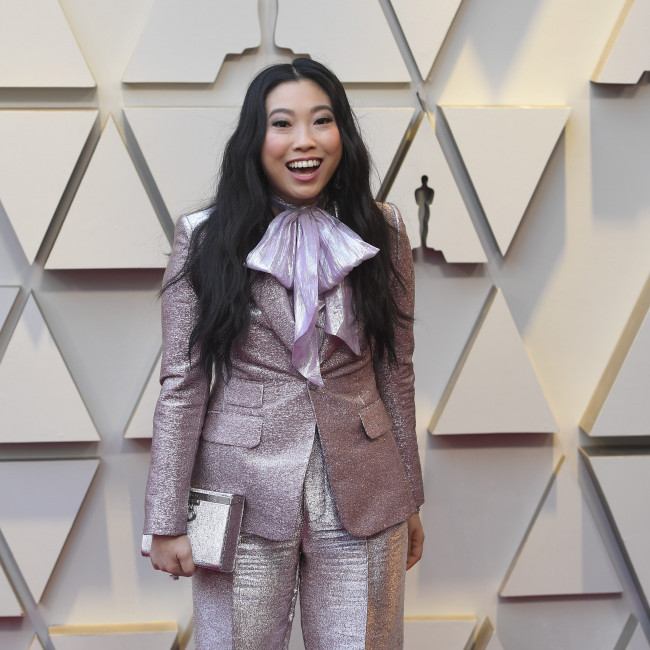 Awkwafina, Sam Rockwell and Anthony Ramos are lending their voices to 'The Bad Guys'.

The trio lead an all-star ensemble for the DreamWorks cartoon action-comedy, which is slated for release in April 2022.

Marc Maron, Craig Robinson, Zazie Beetz, Lilly Singh, Alex Borstein and Richard Ayoade round out the cast of the film.

The story centres on a criminal crew of animal outlaws as they attempt their most challenging crime yet – becoming model citizens.

The motion picture is being adapted from the Scholastic book series by Aaron Blabey and will mark Pierre Perifel's feature directorial debut. Perifel has previously worked as an animator on the hit movies 'Kung Fu Panda' and 'Shrek Forever After'.

Etan Cohen is writing the script for the movie with Damon Ross and Rebecca Huntley producing. Blabey, Cohen and Patrick Hughes are serving as executive producers.

Meanwhile, Awkwafina is also set to star in the Apple+ film 'Swan Song' with Mahershala Ali and Naomie Harris.

'Swan Song' is described as a genre-bending drama set in the near future that explores how far someone will go, and how much they'll sacrifice, to make a happier life for the people they love.

Awkwafina, 33, will play the character of Kate, the close friend and confidant of Ali's Cameron character while Harris is playing Poppy, Cameron's wife and true soulmate.