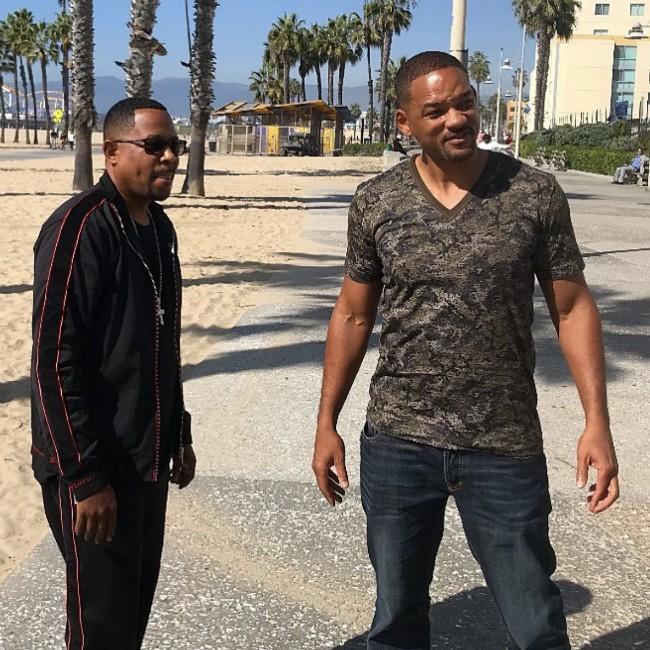 The 'Bad Boys For Life' directors only found out a fourth movie is in the works via the internet.

Adil El Arbi and Bilall Fallah helmed the long-awaited sequel to 2003's 'Bad Boys II' in the place of Michael Bay, and have revealed they have not yet been approached about another installment, though they would jump at the chance to work on a fourth movie.

Adil told ReelBlend: "We saw the news, like everybody, on the Internet."

The film saw Will Smith and Martin Lawrence reprise their respective roles as Detective Mike Lowrey and Detective Marcus Burnett, and Bilall admitted they developed a great bond on set with both the leading men.

He added: "They didn't call us yet, but I hope that we get the chance to do that, because we love this franchise, we loved our relationship with Will and Martin, so we're ready to do it!"

The Hollywood Reporter first reported that Chris Bremner has been tapped to pen the script for the fourth flick.

Will and Martin are expected to return, along with producer Jerry Bruckheimer.

However, there was no mention of the directors.

Meanwhile, Will recently admitted he knew he had to reunite with his co-star Martin at some point because a third movie was the project his fans requested the most because there is so much love for his character and the original 1995 movie.

He said: "Of the movies I've done where people walk up on the street and say, 'Hey, man, when are you going to do another one?' 'Bad Boys' is the one. Nobody is asking for 'Pursuit of Happiness 2'."

Whilst Adil admitted he felt the 17-year wait for the action flick is what makes the sequel such a great story.

Adil said: "If you just do a copy, then people aren't going to be as interested.

"You have to continue the evolution of these characters ... in this case, we really wanted to explore the emotion, the conflict between these two characters who are much older.

"That is what makes the movie fresh compared to the other ones."

The film sees the detective duo at odds with each other over giving up their dangerous lifestyles.

Marcus wants to retire, whilst Mike still wants to live up to his fearless reputation but the pair are forced into one last mission when Mike is ordered to be assassinated.