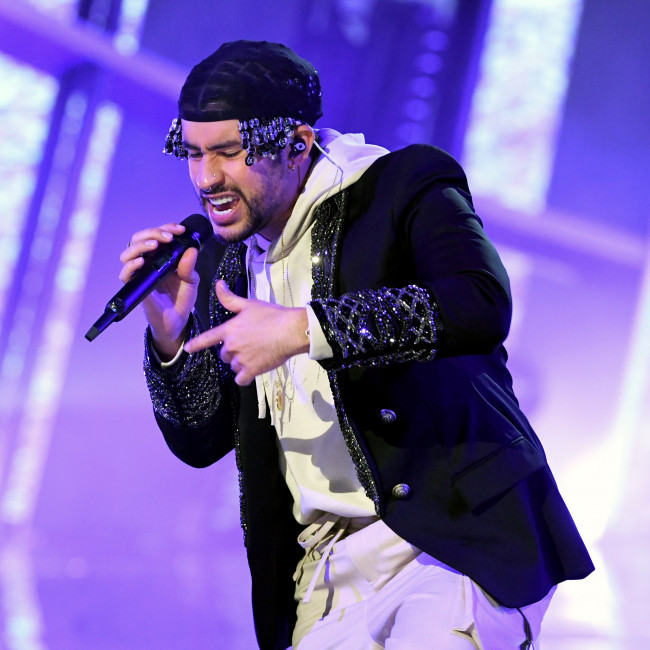 Bad Bunny has joined the cast of 'Bullet Train'.

The 26-year-old rapper has boarded the new action movie alongside Brad Pitt.

It tells the story of a group of assassins with different movies aboard a train in Tokyo, Japan and the script is being written by Zak Olkewicz.

David Leitch – who helmed 'Fast & Furious: Hobbs & Shaw' – will direct the movie and is also producing with his wife Kelly McCormick through their company 87North. Antonie Fuqua and Kat Samick are also producing, while Brittany Morrissey will executive produce.

Bad Bunny was recently revealed to be among the Most-Streamed Artists of 2020 in streaming giant Spotify's annual Wrapped list. The Puerto Rican artist came out on top with more than 8.2 billion streams globally.

Reacting to the news, Bad Bunny - whose real name is Benito Ocasio - said: "Nahhh! Oh, wow! Thank you. I don't know what to say. I'm so proud right now."

What's more, the Un Dia (One Day)' star's second studio album, ‘YHLQMDLG’, is the Most-Streamed Album of the Year, having been streamed an impressive 3.3 billion times over the past 12 months.