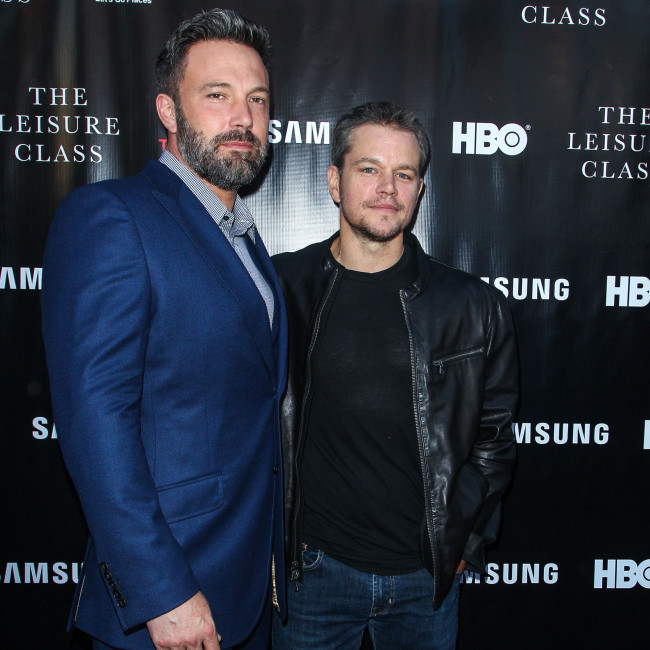 The pair have been friends since childhood and rose to stardom together after both writing and starring in the Academy Award-winning movie 'Good Will Hunting' and Ben loved starring alongside Matt in Sir Ridley Scott's new historical drama.

During a joint Q&A for Affleck's movie 'The Way Back', he told Matt: "Finishing up this movie for you, it's so much more enriching to be working together, to be working with someone I know and love, and the fact I want to see and spend time with and hang out with (you).

"Realising that time goes by and how you spend your day defines what your life is going to be, and the quality of that time, is really important. And it contributes, I think, to the quality of your work."

Ben explained that his most enjoyable projects have come when he has formed relationships on set as he discussed working with David Fincher on the film 'Gone Girl'.

The 48-year-old actor said: "I felt like the movies that have meant something for me has been the experiences (and) people I've spent time with.

"Like getting to know David Fincher was a really important thing in my life. The guy, I find, is really funny and smart and compassionate, and a real artist. (He also has) kind of the mind of an engineer, and it was just a joy to know him and get to know him. As joyful, if not more joyful, than just being in the movie."

Affleck also confessed that he laments the lack of drama films being released in cinemas.

The 'Argo' star said: "I'm nostalgic for a time when the industry was less IP driven. I know even before COVID there was a transition away from dramas, because that audience is now competing with such good work that's on streamers.

"You could really stay home and watch something just as good if not better than the dramas you may have the opportunity to see in the theatres. So it's very hard to get that audience to buy tickets on the weekend and be weekend driven. So I lament even after COVID when theatres reopen, there will definitely be fewer of those kind of movies released theatrically."