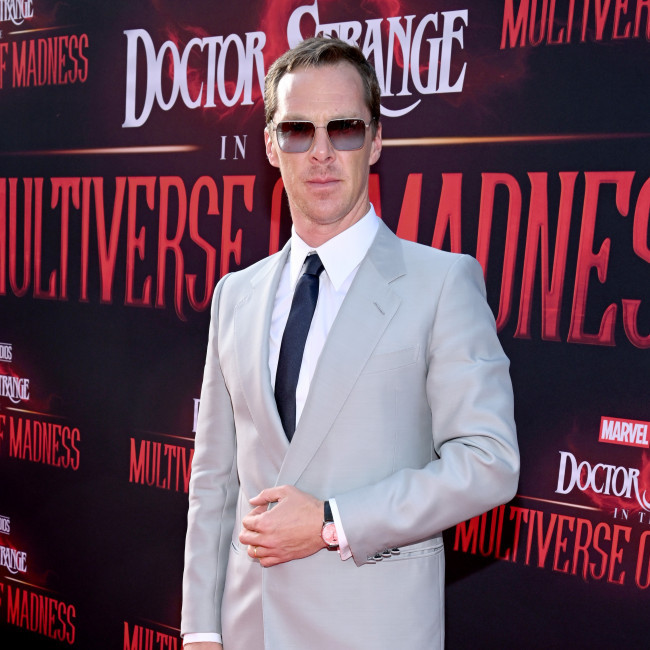 Benedict Cumberbatch was "excited" to challenge himself in 'Doctor Strange in the Multiverse of Madness'.

The 45-year-old actor - who first played the legendary Marvel character in Scott Derrickson's 2016 film - has opened up on his process for the sequel, which sees him take on the multiple versions of Doctor Strange.

Speaking to The Hollywood Reporter, he said: "I think it’s same-same, but different.

"You have to get a correlation so that you know you’re watching an iteration that basically through perhaps choices or circumstance and environment has had a different outcome.

"But it’s a nice sort of loop feeding into self-discovery and self-therapy for the character that we know from our universe, as to how he betters his choices or the situation.

"So it’s a fun thing to explore. It’s one of the paradoxes that a multiversal narrative will throw up, and I was excited by that challenge."

The Multiverse was opened in 2021's 'Spider-Man: No Way Home', when Doctor Strange tried to cast a spell to help Peter Parker (Tom Holland) by making people forget he was Spider-Man, but things didn't go do plan.

Cumberbatch has defended his character, noting he made his decision with "pretty good" intentions.

He added: "He’s a human being, and I think it was a very human error.

"He saw Peter as a fellow foot soldier and then as a teenager going through a very formative experience of not being able to be his true self because of being exposed, and having lost a mentor, [Strange] decided to step in with a gesture of pretty good intention."

And he insisted it wasn't even his own character who messed up the spell, as he pointed to Peter's impact.

He explained: "I think the spell, on its own, might have been all right. Everyone forgets that Peter interrupts the spell so many times, and that’s what corrupted it.

"That’s what lets it in. Peter, through the ability he has with his powers, affects the spell with his words. It’s not really Strange’s mistake."