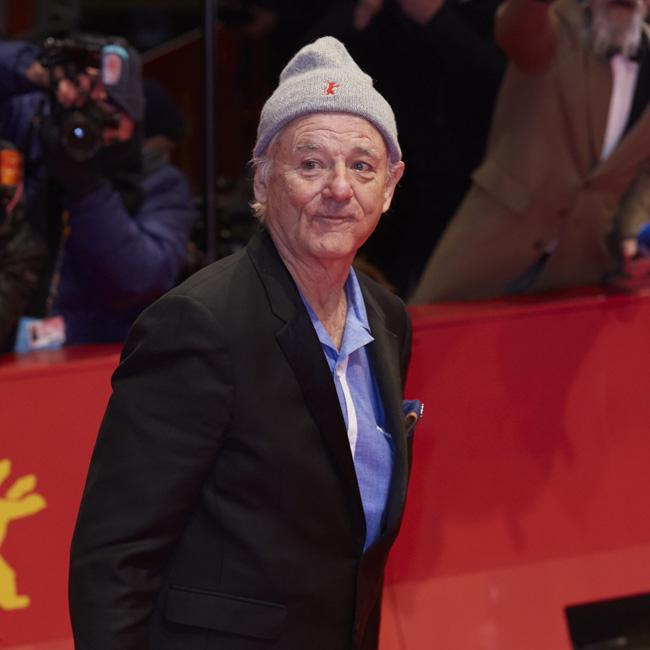 Bill Murray and Anne Hathaway to star in Bum's Rush

Bill Murray and Anne Hathaway are to star in the canine comedy 'Bum's Rush'.

The Hollywood duo have signed up for Aaron Schneider's new movie, with Robert Duvall also set to join the project.

C Gaby Mitchell has written the screenplay, which focuses on the relationship between Pearl (Hathaway) and stray dog Bum (voiced by Murray).

The motion picture is set to shoot on location in Santa Barbara and New Mexico, and will be produced by Gaby, Aaron and Sarah Green.

Schneider and Mitchell have previously worked with both Murray and Duvall on the 2009 movie 'Get Low', and the director is pleased to reunite on the new project.

Aaron said: "I am so happy to reunite with my 'Get Low' collaborators Robert Duvall, Bill Murray and C Gaby Mitchell and of course delighted to work with Anne Hathaway and Sarah Green.

"It's very special and I'm thrilled to be a part of it."

Producers Green and Mitchell added: "We are all dog lovers on this team, and now more than ever we appreciate their value in our lives."

Meanwhile, Murray is set to reprise his role as Dr. Peter Venkman in 'Ghostbusters: Afterlife' and believes fans of the franchise are going to love the new movie.

The 'Groundhog Day' star added that the film's plot is driven by the loss of Dr. Egon Spengler, played by 'Ghostbusters' co-creator Harold Ramis, who passed away in 2014.