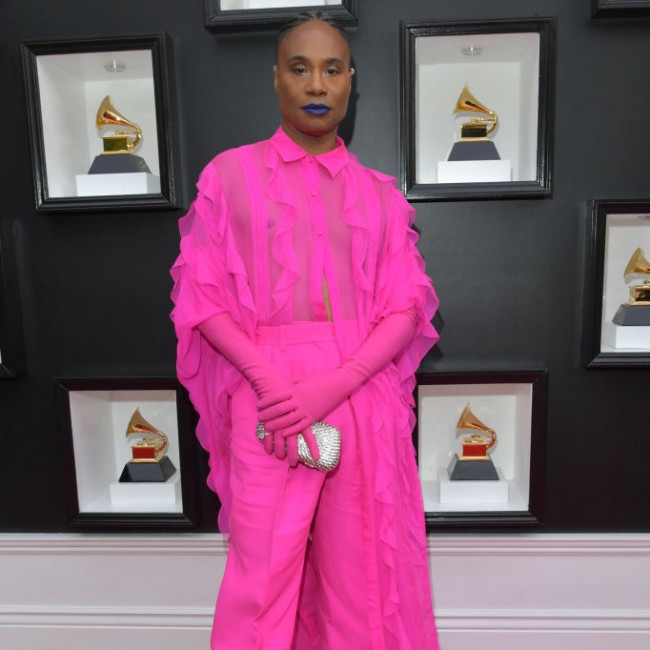 The 52-year-old actor - who is openly gay - is making his directorial debut with new rom-com 'Anything's Possible' about a transsexual teen and explained that it has been "magical" to be able to helm a project about queer representation.

He said: "It’s magical. It has always been my intention. I have been mentored by people who’ve made space for me, and it has always been my goal to be able to do that and pay it forward. The whole thing feels redemptive. All of it. I was told my queerness would be my liability, and it was for a really long time, and now it ain’t. Now, I get to do what I want to do because I chose myself, I chose my own authenticity, and I chose to be truthful and honest, no matter what and no matter where the chips would fall. I hope that, in setting myself free, others will be set free too.."

The former 'Pose' star went on to explain that he has learned to "trust his instincts" and although there is "a lot of bull****" around move--making, he still "loves" the process of directing a movie.

He told Collider: "What I learned is that I know a lot more than I thought I knew, and I need to trust my instincts, at all times, because my instincts are right. That doesn’t mean that I’m not open to collaboration. I love the directing process. I have to figure out how to navigate all the other bullshit that’s around it. There’s a lot of bullshit around the process of movie-making. There just is a lot. That’s just the nature of the beast. So, I feel like I’ve gained some skills and craft in navigating that."

'Anything's Possible' is available to stream on Prime Video.