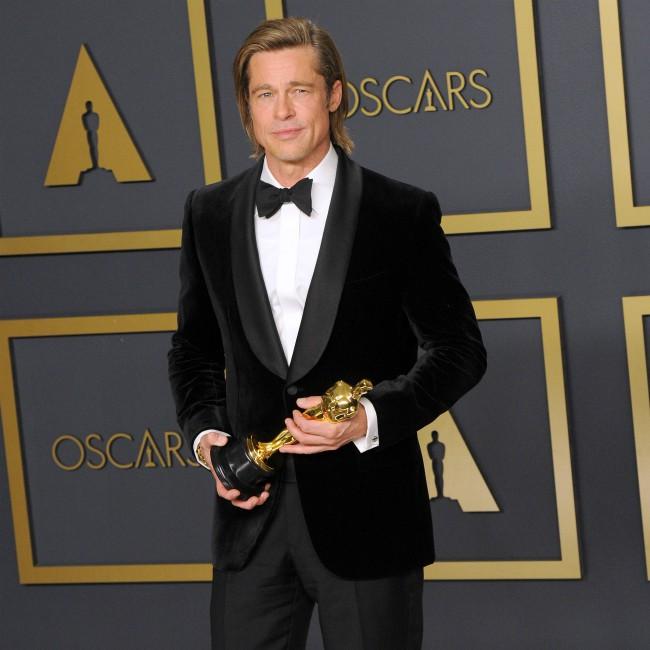 Brad Pitt is set to star in 'Bullet Train'.

The 56-year-old actor will be directed by David Leitch in the motion picture, which is based on the Japanese Novel 'Maria Beetle' by Kotaro Isaka.

Sources told Variety about Pitt's involvement in the movie, and the script will be written by Zak Olkewicz.

Pitt starred in sci-fi movie 'Ad Astra' last year, as well as 'Once Upon a Time in Hollywood', for which he won an Academy Award and Golden Globe prize for Best Supporting Actor.

At the Globes, which took place in January, Pitt took the time to thank his co-star Leonardo DiCaprio in his acceptance speech.

He said: "I also have to thank my partner in crime, LDC.

"Before 'The Revenant' I used to watch year after year his co-stars win awards and get up and thank him profusely and I know why.

And referring to his pal's on-screen death in 1997's 'Titanic', he quipped: "Still, I would have shared the raft."

DiCaprio previously admitted he and Pitt both "clicked" on the set of the movie.

He said: "What was very interesting about working with Brad was this strange inherent comfort and ease that we really both clicked into day one.

"It didn't need a lot of prep work. We talked about the script, and we instinctively knew that dynamic and relationship, and who these guys were to one another."