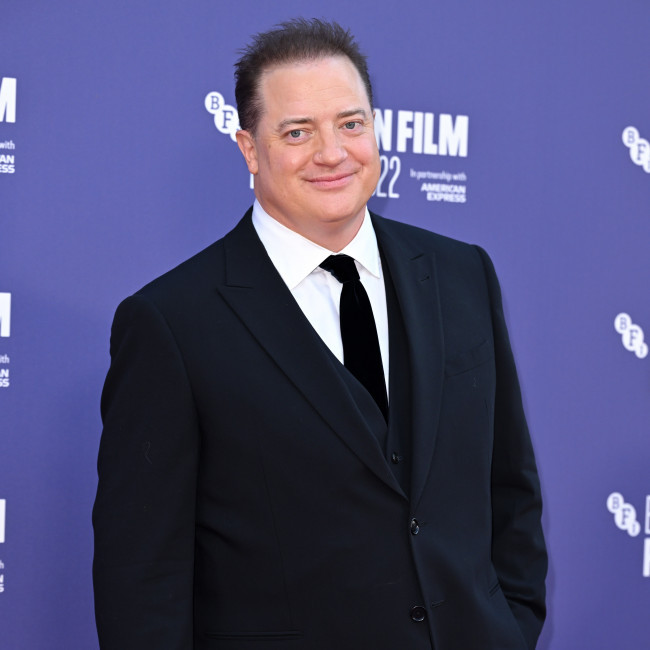 Brendan Fraser had an "existential feeling" shooting 'The Whale' during COVID-19.

The 53-year-old actor stars as recluse Charlie in the new drama film - which is based on the play of the same name - who reaches out to his long-lost daughter for support when he realises he is eating himself to death and paid tribute to director Darren Aronofsky as he remembered shooting the project during the pandemic.

He said: "Absolutely. He's a world class filmmaker, I was thrilled and privileged to work with him. He had everything mapped out from the apartment being taped out for a three-week rehearsal before we began filming. We could have done it as an Off-Broadway play, which would make sense because it was a play adapted to the screenplay by Sam Hunter. So we knew our part and we knew how to play the music before we arrived on the set itself and in an environment as confined apartment as it is - a two-bedroom apartment somewhere in Idaho where Charlie lives - it was kind of like a submarine crew in there. But we were cohesive and let's not forget we shot this during the time of COVID with protocols and restrictions in place and the very existential feeling that we all felt is 'Will there be a tomorrow?' in essence."

'The Mummy' actor - who stars alongside Hong Chau, Sadie Sink in the movie - added that the reaction to the pandemic is evident on screen in the performances of his co-stars.

He told HeyUGuys: "Somehow, when I watch the film, that trickles down to the performances that are given and the actors look like they're doing it for the first and last time that they ever will."

'The Whale' is set to be released on 9 December.