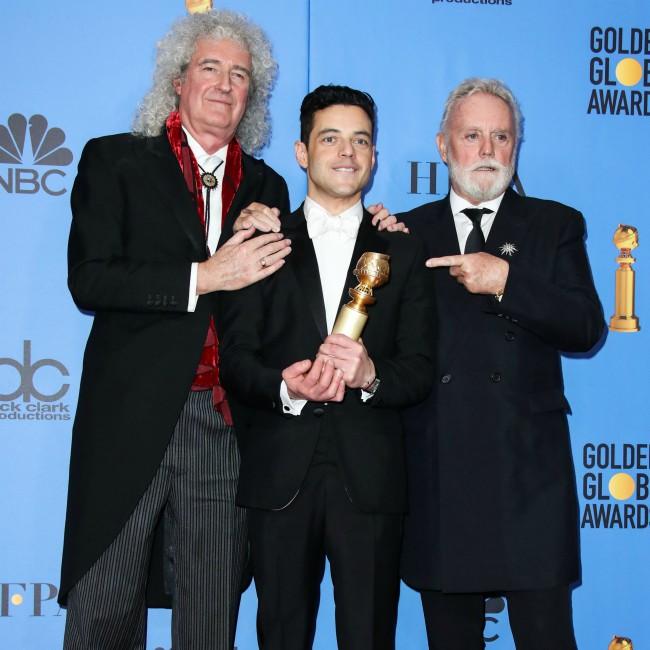 Brian May dashes hopes for a Bohemian Rhapsody sequel

Queen legend Brian May has dashed hopes for a 'Bohemian Rhapsody' sequel.

The 2018 musical movie, which starred Rami Malek as the iconic rock band's late frontman Freddie Mercury, was a huge success at the box office, but the band's guitarist has admitted they are not planning a direct follow-up at this time, though they did have some ideas that they "seriously" considered.

He said: "We don't really think there's another movie there.

"That's the long and the short of it.

"I think we should look somewhere else.

"There are other ideas that we had, but I don't think a sequel will happen.

"But we have looked at it pretty seriously."

Last year, Rudi Dolezal - who worked with Queen on their music videos for 'These Are the Days of Our Lives', 'The Show Must Go On' and 'The Invisible Man' - claimed a follow-up to the biopic was "heavily discussed" with the band's manager Jim Beach after the first movie bagged four Academy Awards.

Brian himself had even hinted it was on the cards.

delve deeper into Freddie's relationship with his longtime partner Jim Hutton, the late 'We Will Rock You' hitmaker's battle with HIV/Aids and his upbringing.

However, Brian insisted: "I don't think that would be an uplifting thing to do.

"I'm not saying it's impossible, because there is a great story there, but we don't feel that's the story we want to tell at the moment."

Whilst he has downplayed the chances of a second movie, it's not been completely ruled out.

He added to Rolling Stone magazine: "We've talked. Basically we think not, at the moment. Things could change, I suppose, but I think it would be difficult."

Freddie died in 1991, aged 45, due to complications from AIDS, and the biopic ends with the band's legendary performance at 1985 benefit concert Live Aid with the singer reconciling with his bandmates and revealing the news to them that he has contracted HIV.