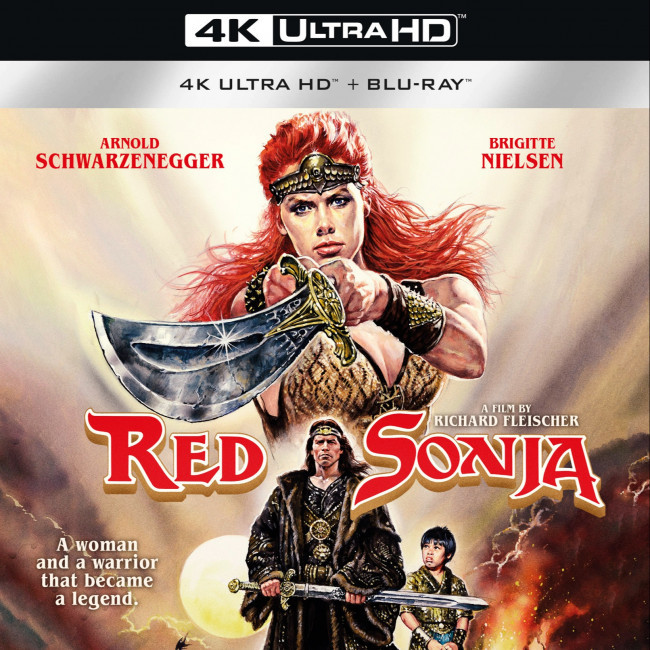 Brigitte Neilsen doesn't think the "world was ready" for a "fierce female lead" when she made 'Red Sonja'.

The 59-year-old star was an unknown actress when she landed the role in the 1985 movie and though she thinks it was a "great story", she believes if it was made today, it would be a very different experience and the film would be more successful.

She said: "In the 80s, you were just a female. You were just there. You were just happy to be there. Today, everything is so different, I think ‘Red Sonja’ was the wrong timing for a great story. For female projects and – when I think back, ‘Red Sonja’, female lead but it was directed and produced by an all-male world. Today, if there was a remake you might have a chance it's gonna be a female director, with a lot of females producing the movie.

"You also saw it when ‘Red Sonja’ premiered. It didn't become the hit they had expected it to be but ‘Red Sonja’ found its audience and it became a cult.

"And that's why I believe if they were to be remade today, it could be become a hit. That the chance it didn't get in the 80s because the world wasn't ready for a fierce female lead."

Brigitte admitted she didn't full "understand the magnitude" of the impact the film could have when she was first given the script.

She exclusively told BANG Showbiz: "When I got the role as Sonja, I read it like a story my life from a book my mother would have given me. My mom was a librarian. So I didn't understand the magnitude of the lead that I got as to who Red Sonja really was.

"In the sense of today, I would go ‘Oh, my god, she’s a fierce, independent, wonderful, female kick a** character that knows where she's going and what she's doing."

The movie has been remastered in 4K UHD and Brigitte admitted it has been nice to revisit the project.

She said: "It’s nice to come back and get the emotions. Like, so many years ago we shot this movie. And it's still alive. And someone is thinking about it and it's got an audience. And I think it's great. And it's never been a better timing."

'Red Sonja' is out now on DVD, Blu-ray and 4K UHD from StudioCanal.