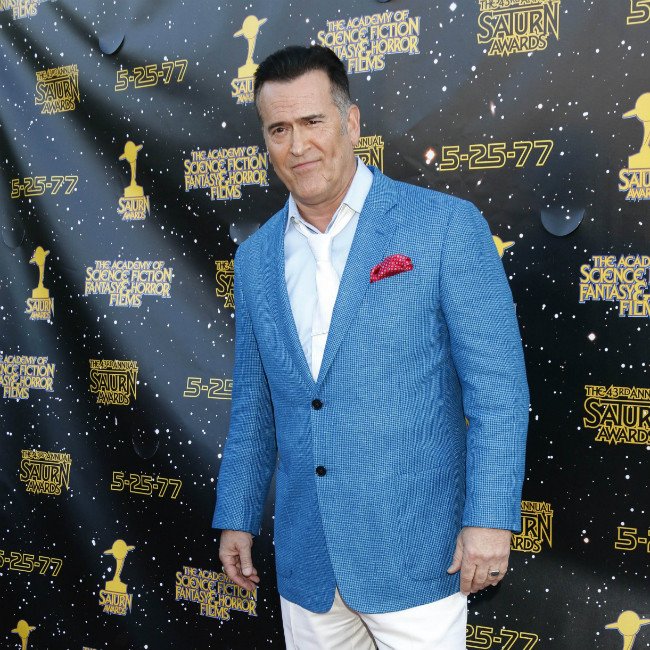 Bruce Campbell has hinted that he will appear in the 'Doctor Strange' sequel.

The 'Evil Dead' star has been linked with a role in the upcoming Marvel Cinematic Universe (MCU) movie, 'Doctor Strange in the Multiverse of Madness', where he would reunite with Sam Raimi – who created the cult horror series – and suggested it is a "good rumour".

The 63-year-old actor continued: "Look, I think it's a standing rule that Sam Raimi, his movies are not good if I'm not in them. If Sam wants a good movie he'll put me in it.

"But you never know (with) these epic movies what's going to stay or go in the course of telling these huge stories, so I don't know. That's why I want to keep it cryptic because (a) I don't want to get sued but (b) I don't want to say, 'Yeah, hey, tune in!' and then they go, 'Where were you, idiot?'

"But I always enjoying working with my old friend, Mr. Director."

Bruce - who was given a cameo in each of his filmmaker friend's three 'Spider-Man' movies - had hinted earlier this year that he could be making an appearance in Sam's movie as he posted an image of the London skyline on social media.

Bruce is known for his iconic role as Ash Williams in 'Evil Dead' but previously confessed that he has retired the character after almost four decades.