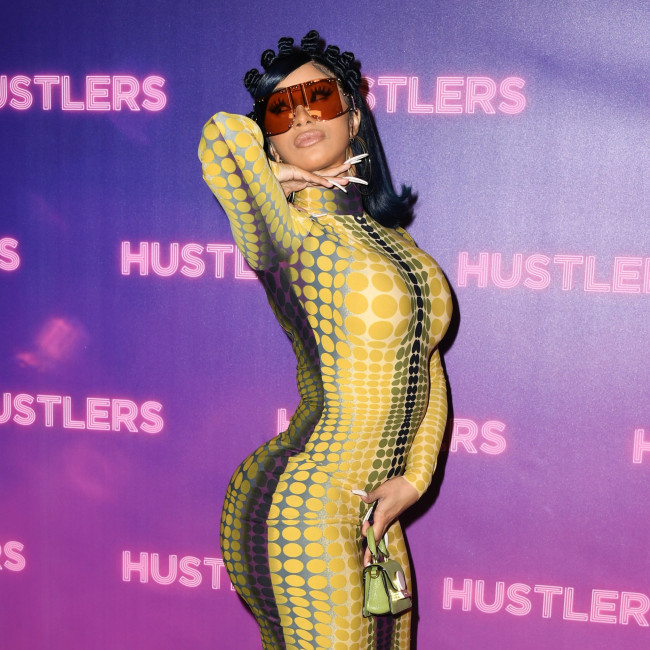 Cardi B loved playing a "powerful, strong woman" in 'F9'.

The chart-topping rapper stars as Leysa in the latest instalment in the 'Fast & Furious' franchise, and Cardi has teased her part in a new promotional video.

Cardi said: "Vin Diesel reached out, and he was talking about a role. I’m like, ‘It’s freakin’ 'Fast & Furious'. Get me there, put me on a plane!’

"I like the fact that I’m representing such a powerful, strong woman. She’s just that b****!

"I remember when I saw Ludacris in 'Fast & The Furious' ... then to see Don Omar, it makes the hood have hope. Being around Vin, he’s just so nice, so dope. He makes you feel so comfortable. I’m just so excited. He's just such a bad***."

Cardi, 28, previously admitted she can't wait to watch herself on screen.

And the 'WAP' hitmaker revealed she felt "proud" of herself after securing a role in the money-spinning franchise.

She wrote on Twitter: "I can’t wait to watch Fast and furious 9 .I haven’t seen my scenes yet! That’s the best part about it thooo watching the movie then you see yourself coming in.I’m sooo proud of myself. GOD IS GOOD ! Can I get a ALL THE TIME ? !!!! (sic)"

Vin Diesel previously revealed that he and Cardi were both left feeling exhausted after shooting scenes for the new movie.

The 53-year-old film star gave fans a behind-the-scenes insight into the project via Instagram, posting a video of themselves on set in the UK.

He said in the video clip: "I know I’m exhausted, we gave every single thing we could for this movie, we put it all on the table, put it all out there."