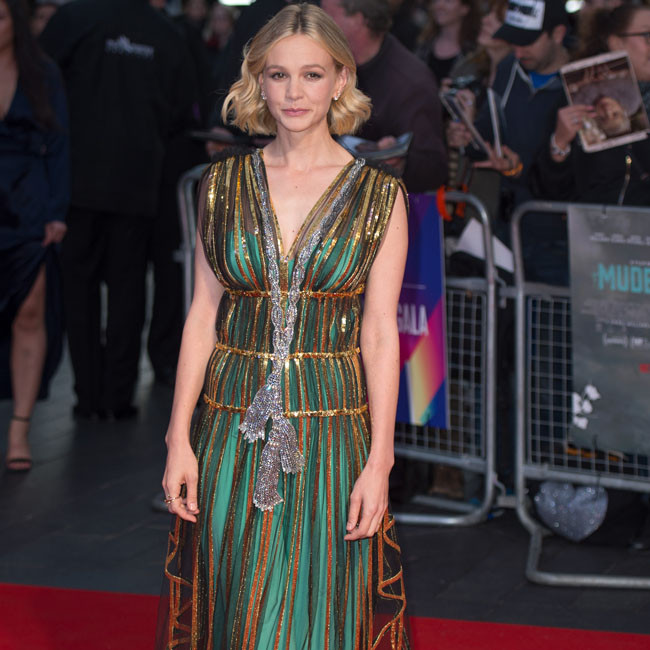 Carey Mulligan is to star in 'Spaceman'.

The 35-year-old actress has joined Adam Sandler in the Netflix adaptation of Jaroslav Kalfar's novel of the same name.

The movie, which was previously known as 'The Spaceman of Bohemia', centres on an astronaut sent to the edge of the galaxy to collect mysterious ancient dust. He finds that his life on Earth is falling apart and turns to the only voice who can help him try and put it back together, which just so happens to belong to a creature from the beginning of time lurking in the shadows of his ship.

Carey will play the wife of Adam's astronaut protagonist.

'Chernobyl' director Johan Renck has been tapped to helm the film from a screenplay adapted by Colby Day.

The movie is being produced by Channing Tatum, Reid Carolin, Peter Kiernan and Michael Parets for Free Association.

Renck previously spoke of his pride to be working together with Adam on the feature.

He said: "As we prepare for our voyage to Chopra, I couldn't be more pleased to have found the perfect partner in Adam.

"And now, with the support of the brilliant Netflix family, I am profoundly excited to set off on our impossible journey."

Carey also leads the cast of 'Promising Young Woman', the acclaimed thriller from Emerald Fennell, and says she was extremely fortunate to land the role as Cassie Thomas, a woman seeking to avenge the rape of her best friend.

'The Dig' actress said: "I just felt very lucky to work on this as an actor. This is the kind of story I wish had come out when I was 18."

Mulligan adds that she feels a sense of sadness that much of the film reflects "regrettably commonplace" issues in society.

She said: "What was sort of so immediately obvious to me reading the script, was how regrettably commonplace so much of this was.

"Of course it's important to have a broader understanding, but really, it felt like such a tragically familiar story. There are countless examples of things like this happening to people that you know, people you love, and every woman has a connection to somebody who's been through something close to this."