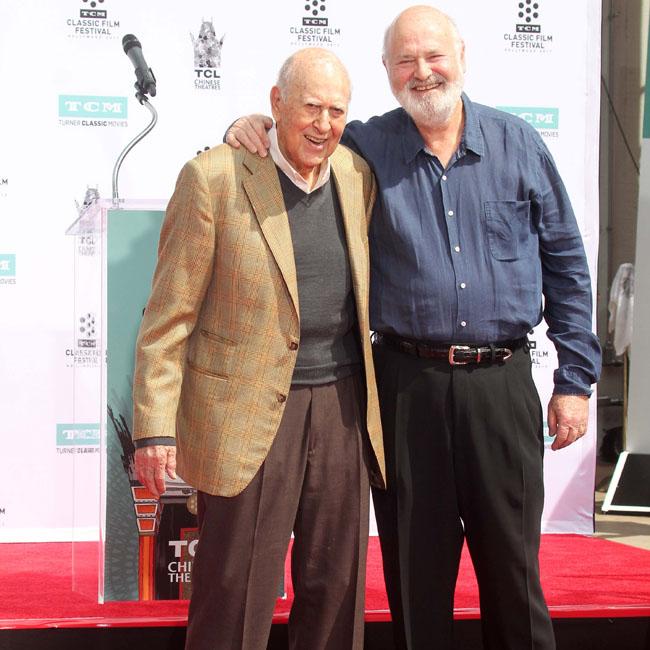 Carl Reiner has died at the age of 98.

The Hollywood actor, director and comedian - whose career spanned seven decades - passed away at his Beverley Hills home on Monday (29.06.20) night surrounded by his family, according to TMZ.

His assistant Judy Nagy confirmed the death and said he died of natural causes.

Reiner also created 'The Dick Van Dyke Show' and played the lead role in the pilot, 'Head Of The Family', before the show was renamed and recast.

Carl recently lent his voice to 'Toy Story 4' and directed 15 movies during his career, including 'The Jerk' and 'The Man with Two Brains'.

He also received a Grammy and nine Emmy Awards.

Carl and his son, 'Misery' director Rob Reiner, became the first father / son duo to have their footprints and handprints immortalised in front of Hollywood's TCL Chinese Theatre.

Reiner had been widowed since the death of his partner Estelle Lebost, 94, in 2008.

The pair had three children together - Rob, author Annie, and actor Lucas - and had six grandchildren and five great-grandchildren

Carl was still active on social media prior to his death, posting about how happy he was with his life.

He wrote: "Nothing pleases me more than knowing that I have lived the best life possible by having met & marrying the gifted Estelle (Stella) Lebost - who partnered with me in bringing Rob, Annie & Lucas Reiner into this needy & evolving world."