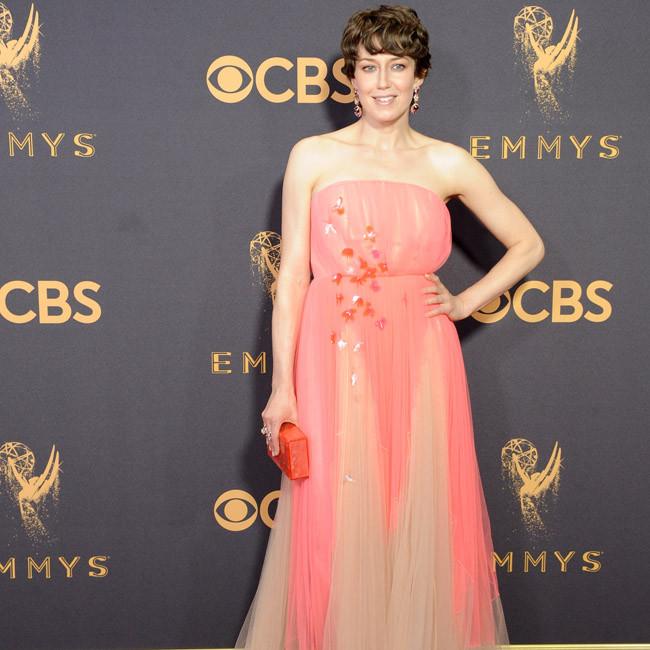 The 40-year-old actress has starred in movies such as 'Gone Girl', 'The Post' and 'Widows', and Carrie is delighted that she doesn't have "a lot of duds" on her record.

Reflecting on her career, she explained: "It’s funny ’cause it feels at once very quick but, at the same time, slow and steady.

"I feel so fortunate. I have an IMDb page that I’m really proud of; I don’t have a lot of duds in there."

Carrie stars alongside Jude Law and Charlie Shotwell in the psychological thriller 'The Nest', and the actress claimed that it's "a style of film that has gone away since the 1970s".

Carrie told The Independent: "It feels like there are so few films made that are really good and complicated that have women in the lead.

"I also think that sometimes the dramatic thrust for female characters does often revolve around loss, and [are] in that domestic sphere, because frankly that’s the world we’ve been allowed to have ownership of."

Carrie is keen to distance herself from roles that simply superimpose "a female journey on a male structure".

The actress shared: "I now get a lot of scripts about dead or missing children and think to myself, ‘You’ve already seen me make all those faces - can’t I do something else?’

"I’m looking forward to a time when the female hero story gets to open up into something that isn’t just superimposing a female journey on a male structure."