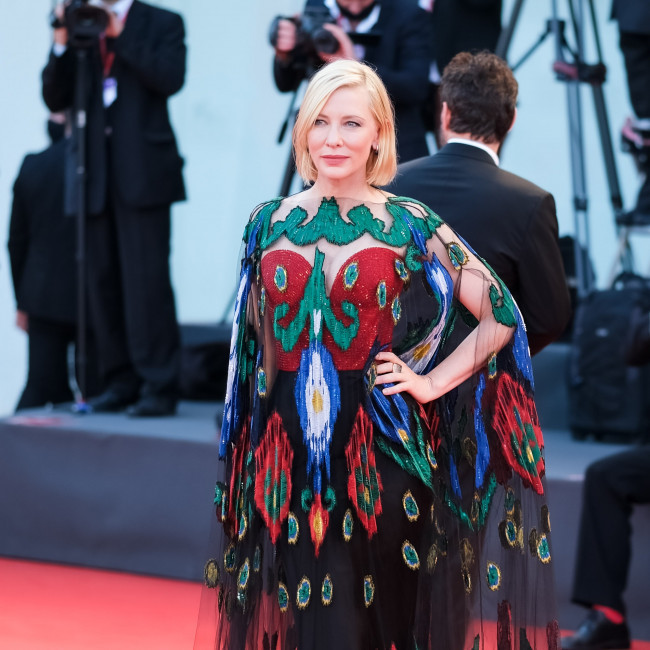 Cate Blanchett will receive a a lifetime achievement award from the French Film Academy.

The 52-year-old actress has been chosen as the 2022 César d’Honneur winner, and will receive the prize in Paris on Friday, February 25 as part of the 47th César ceremony.

The academy said in a statement: "Internationally renowned Australian actress and producer, two-time Oscar winner, Cate Blanchett will receive, on Friday February 25, 2022 on the stage of the Olympia, the César d'Honneur of the 47th Cesar Ceremony.

"Co-founder and director of the production company Dirty Films, alongside her partners Andrew Upton and Coco Francini, Cate Blanchett is a multi-faceted artist, working in cinema, television, theatre.

"Since her debut as an actress, her career has been marked by nominations and awards including Golden Globe for Best Actress in a Drama in 1999 for her portrait of Queen Elizabeth, in the film by Shekhar Kapur; Oscar for Best Supporting Actor in 2005 for her portrayal of Katharine Hepburn in Martin Scorsese's 'Aviator'; Volpi Cup at the Venice Film Festival in 2007 for his daring incarnation of the singer Bob Dylan in 'I'm Not There' by Todd Haynes; Oscar for Best Actress in 2014 for her role in 'Blue Jasmine' by Woody Allen; Stanley Kubrick Award for Excellence in Cinema in 2018…

"Cate Blanchett amazes audiences with every one of her appearances, whether as an Elven Queen bewitching in the trilogies of 'Lord of the Rings' and 'Hobbit' of Peter Jackson, as a goddess in 'Thor: Ragnarok' by Taika Waititi, or distraught in love in David Fincher's 'The Curious Case of Benjamin Button' or Todd Haynes' 'Carol'.

"Outside the sets, Cate Blanchett is also actively involved in particular in the rights of women; Goodwill Ambassador for UNHCR, the United Nations agency for refugees, the Crystal Prize at the World Economic Forum in Davos was awarded in 2018 for her work and dedication.

"With immense admiration, we will cheer her on the Olympia stage to present her with a César d‘Honneur for this absolutely remarkable career and personality.