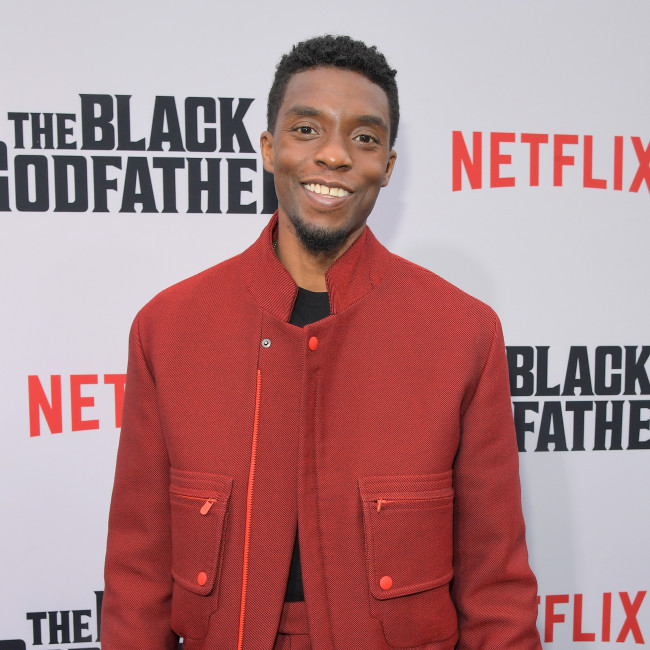 Chadwick Boseman has been posthumously honored with the Best Supporting Actor accolade at the 2020 New York Film Critics Circle awards.

The 43-year-old actor tragically passed away in August following a secret four-year battle with colon cancer, and Friday night's (18.12.20) ceremony saw the late star receive the award for his role as Stormin’ Norman in the war drama 'Da 5 Bloods'.

Spike Lee revealed after his death that he had no idea Chadwick was sick when they were filming 'Da 5 Bloods'.

The 'Black Panther' star filmed several films "during and between countless surgeries and chemotherapy" and his last motion picture has hit the streaming service.

Starring alongside Viola Davis in the titular role of Ma Rainey, Chadwick plays Levee Green, a trumpeter in Ma's band.

Meanwhile, Marvel boss Kevin Feige recently insisted the "immensely talented" star will not be replaced as King T'Challa in the upcoming 'Black Panther' sequel because his performance in the first movie was so powerful.

Speaking at Disney's Investor Day summit last week, Kevin told attendees: “I wanted to acknowledge the devastating loss of a dear friend and member of the Marvel Studios family.

“Chadwick Boseman was an immensely talented actor and an inspirational individual who affected all of our lives professionally and personally. His portrayal of T’Challa the Black Panther is iconic and transcends iteration of the character in any other medium from Marvel’s past. And it’s for that reason that we will not recast the character.”

But the studio boss is keen to evolve the 'Black Panther' universe in order to "honor the legacy" of his late friend.

He added: "However, to honor the legacy that Chad helped us build through his portrayal of the king of Wakanda, we want to continue to explore the world of Wakanda and all of the rich and varied characters introduced in the first film."

The summit confirmed 'Black Panther II' will be released on 8 July, 2022, and, like the original, will be co-written and directed by Ryan Coogler. No further storyline information was released.

An abridged list of the 2020 New York Film Critics Circle winners is: