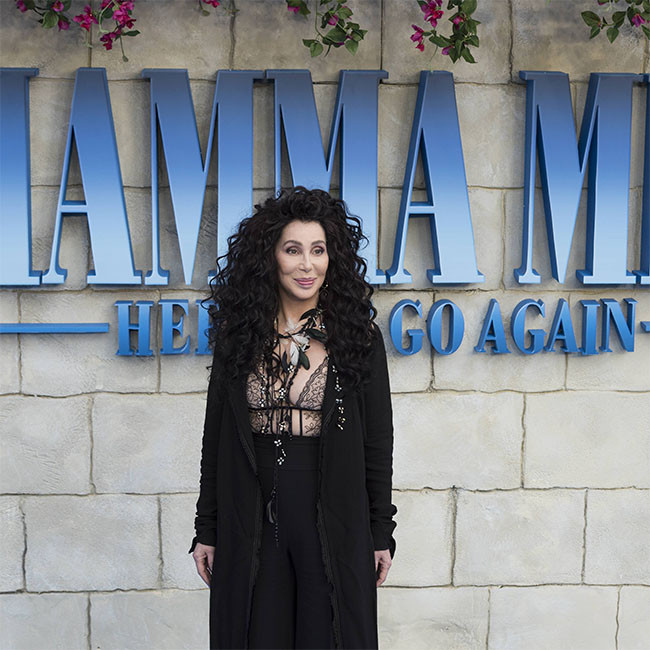 The music icon featured in the musical comedy sequel 'Mamma Mia! Here We Go Again' and revealed that she is prepared to reprise the role so she can duet with her on-screen daughter Donna Sheridan-Carmichael (Meryl Streep).

According to producer Judy Craymer – who has worked on both the stage and cinematic versions of the ABBA musical – Cher, 74, had told her: "No one wants to see us old people on the screen."

Judy responded by saying that she wanted Cher to be in the film and would love to see her sing 'Slipping Through My Fingers' with Meryl.

This prompted a change of heart from the singer, who retorted: "I'm there! When do we start shooting?"

Judy admits that the scene would have to be in the form of a flashback after Meryl's character was killed off.

She told the Baz Bamigboye column in the Daily Mail newspaper: "Oh well, you can do anything these days in a film."

Craymer has hinted that 'Mamma Mia! 3' is "sizzling" in development and noted that a number of cast members, including Dame Julie Walters, Lily James, Colin Firth and Amanda Seyfried, have expressed their desire to appear in the flick.

She shared: "Julie said she'd come out retirement! I've always said it would be a trilogy."

Amanda previously cast doubt on the possibility of a third 'Mamma Mia!' movie, suggesting that there is enough ABBA music to make it happen.

"I don't think there are enough ABBA songs to make a third movie.